I guess when you come down to it, this involvement of working as a projectionist from 1976 – 1977 at the Warner Huntington Park Theater was a unique one. It simultaneously fed me concession stand food & drink (though for years afterward, I couldn’t stand to drink Pepsi and this pretty ended my love of eating a hot dog), pocket-money, and experiences that couldn’t have come from anywhere else.

Add to that, I screened a number of movies, across an interesting range of genres, in a relatively short period of time. It represented a set of film I couldn’t have dreamt to have seen, or let alone afford, during that span. Not only was it, a) a job that helped me through college, but was also, b) a place that cemented my love for movies just by the exposure to this side of the cinema.

College may have led to my later career in technology, but I can equally credit blind, stupid luck in that regard, as well. Along with the essential ability to type. However, the time spent in a fourth floor projection booth, watching for cue marks and feeding 35mm film, to say nothing of carbon arc rods, into a Simplex projector, left an impression that’s still reverberating to this day. 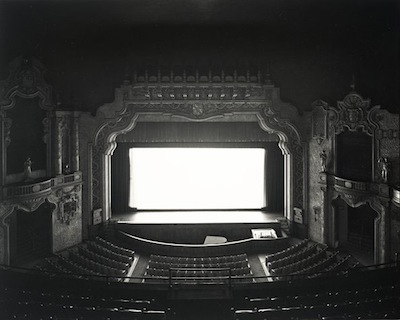 So, after sifting through my memory and reviewing a couple of online sources (IMDB and Wikipedia being prime), I think I’ve come up with a list for most of the movies I pulled out movie cans, spooled up, and projected after the movie theater migrated back to U.S. movie releases. I don’t claim this is the definitive record of all that I screened during my stint. I’m sure I’m forgetting some movies, but some of those were truly forgettable, too.

For the sake of chronology, I’ve broken them down by the year I estimate they were shown on our screen. Most of the films were released in 1976 and 1977, yet there were some that came out from previous years and were either revivals, or second feature fillers for the venue’s regular double-bills.

The Car
The Return of a Man Called Horse
Shampoo
The Shootist
A Star is Born
Swashbuckler
Taxi Driver
To the Devil a Daughter
Two-Minute Warning
McCabe & Mrs. Miller
Airport 1975
The New Centurions
Black Sunday
The Drowning Pool
The Late Show
The Eiger Sanction
The Eagle Has Landed
The Other Side of Midnight
Exorcist II: The Heretic
The Food of the Gods
Pretty Maids All in a Row
French Connection II
Friday Foster
Grand Theft Auto
The Killer Elite
The Man Who Loved Cat Dancing
The Sentinel
Sorcerer
The White Buffalo

For those reading this, and perhaps wondering about the intermissions in-between our normal double-feature, yes we did use those old concession stand ads and intermission trailers. Popular during the 50s and 60s, they were still in vogue. Even during the disillusioned decade that brought us the end of the Vietnam War, Watergate, and Oil Crises (note the plural) they were still put in to hopefully drive up our all too important food sales.