I’m out-of-town at the moment attending a tech conference for work (what actually helps pay the bills and feeds the voracious beings in my home that are my children, btw). On these grounds, I’ll reprise what I think is an appropriate post from the distant past since I don’t have much time presently to write anything original (a server also decided to turn itself into an electrified brick right before coming to San Francisco). Perhaps, it’ll explain why I do what I do for a living… 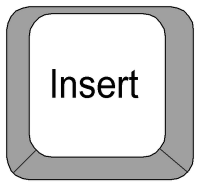 Some years ago, a good friend, and the same guy I’ve known and played golf with for over two decades now, asked me a question related to the information technology field. While he specializes in a different segment, IT Security, he posed a question he thought was still valid for my former niche — managing fruit-flavored workstations and servers in the enterprise:

“What do you think was the key skill or training you received early that proved to be the most important in your IT career?”

He had already been asked this very same question in a survey (probably at another tech seminar or conference) and answered it. Still, he was curious about how I would respond to that particular question. He’s also well aware that we come from different backgrounds and wanted to see how dissimilar it’d be. He’s right. We’re nothing alike. My friend is Sansei (third-gen Japanese ancestry), born in Utah and migrated years later to Los Angeles with his parents. As well, he always got good grades in school and majored in business computer systems at our local state university.

And moi? I was social butterfly growing up, cared little for school, and was way too concerned about what it was to be cool to care about any of that. Ahh… youth. Coincidentally, it didn’t take long for me to come up with an answer. The reason behind this post. So, what was the answer?

Some context before getting to that, though. Were we (my friend and I) the nerdy kids in high school who signed up for the computer or chess club? No — well, maybe he did (hehe). Did we learn to love math or puzzles at a young age? Nope. Studied programming or music as kids? Not hardly. Yet, we both answered with the exact same response, and it occurred during a similar timeframe in our lives. We both learned to type in junior high.

That’s it… his and my answer to the question. We were some of the few males who went this route (it was an option for students at that time within the Los Angeles Unified School System) to take that class.Why were we the few? Most guys our age took shop class, instead, back then. Remember, in the mid-to-late 60s junior high-aged girls in the United States were still steered toward taking typing and home ec in preparation for their supposed later lives as secretaries and housewives

Ironically, I wouldn’t marry one of those — she-who-must-be-obeyed being a Health Physicist. Why did I take such an atypical class in that day and age? I don’t know the rationale my golf bud had, but for me it was just to meet and talk to the opposite sex. Yes, my life in tech, all these years later, came down to just biology and raging hormones. And it was that sole familiarity with a keyboard that spawned my entry into the computer field… fielding calls when something breaks. Go figure.

15 Responses to “Reprise: (My) Essential Skill”