This is the next entry in a Theatre… a Movie… and a Time, a series that was begun right here. Since Rachel and I have reviews loading into the breech of a silenced gun for another of our parallel posts this week, I thought this memory dump should precede all that. Returning to a venerable, and newly updated, movie venue, at that.

“I want Bourne in a body-bag by sun-down.” 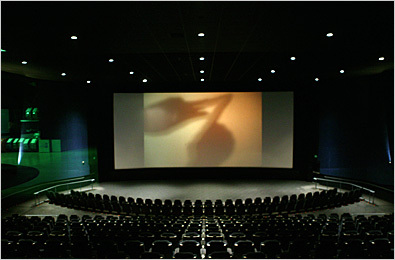 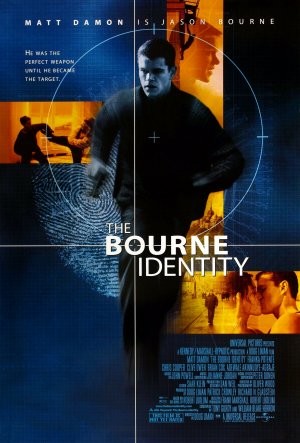 June 14, 2002: How to set the stage for this memory? Seated on this day in a gleaming luxury theater hall, part of the state-of-the-art 14-screen complex now adjoined to the landmark Cinerama Dome of Hollywood. One with a mission statement, “…offering first-run commercial, art, revival, and other specialty films. A unique movie lover’s paradise.” The Cinerama Dome and ArcLight Cinemas quite the venue, even for Los Angeles.

Hell, in college I’d no plans as to where I wanted to work, let alone have a career — mom was right in calling me her “little social butterfly.”

The people I’d found myself surrounded by in this unique camp seemed both similar and unknown to me. Coming from all paths, many from overseas, and supremely interested in technology. Unafraid to open things up and tinker. Readers of everything, too. Be it a white paper, service or user manuals, and world events. Fictional thriller junkies, on top of that. ’80s novels and beyond what we had in common.

It was in this sector where I met the good friend seated next to me. Learning we went to different LAUSD high schools a couple of years apart. We found we’re both same-gen children of immigrants, to boot. He, Sansei (三世, “third generation”), Japanese-American. Me, the L.A. “tercera” variety à la mom’s second-generation of Mexican-Americans to vagabond over from Texas. “Tejas”, as my grandmother would correct.

And we’d both read Robert Ludlum’s best book years prior.

He’d already left the place we worked for, after putting in his twenty. Talking on cells early that Friday, we came to an agreement, like before, to meet somewhere and catch this adaptation. I suggested the new ArcLight since it was the site of where we’d done similar with other geeks years before. So here we landed. Suspiciously wondering how it’d turn out. Happily satisfied Hollywood hadn’t screwed it up by the curtain.