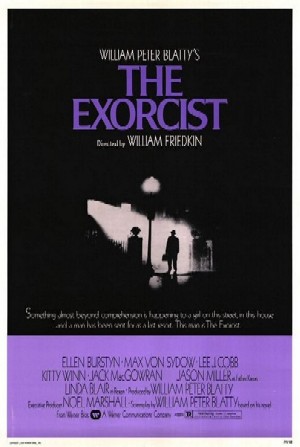 Contrary to what occurred this past summer with a seminal film from the 70s, I don’t think she-who-must-be-obeyed will ever give her permission for me to show one particular movie from that same era to her children. Not now, or in the future. Seemingly, this was another of those ‘event’ films so tied to this turbulent period in American history that it somehow became bound with my own personal one. I don’t doubt, though, both of my kids are well aware I have this in my collection (they sneak into there from time-to-time) or already know what it’s about.

Again, it all goes back to that dreaded time… of high school.

The summer of 1971 was where it all began. The same month of June I’d finished my most turbulent year in the cauldron, the first creaks in the attic showed up. My junior year was almost Hell itself. Besides being the one where most of your college prep courses needed to be completed (with kinda decent grades so you could skate somewhat in your senior year… good luck there), my personal life was taking hits. Literally. The girl I crushed on since a sophomore was in her senior year (any hopes of the heart were to die an ugly death surely as some priest taking a header out of a window), and I’d have my broken lower jaw wired that Spring (c/o auto accident).

By the time my grillwork came off, and school had finished, The Exorcist novel was released. 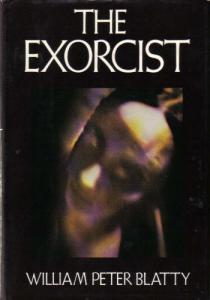 One of my aunts bought the hardcover, devoured it, and lent the novel to all her friends and sisters in the family. Mom included. It was all they as a group talked about that warm season. I could not have cared less. Getting through the last six weeks of the summer high school session had all of my concentration. My reading list at this point wasn’t recreational. Besides, I wondered what a certain girl who graduated was doing. Hopeless, I know.

The phenomenal success of the William Peter Blatty’s novel guaranteed a film adaptation would occur. By late that same year, reports of its filming rose to the surface like an unweighted corpse. And of course, that got my grandmother’s family all a flutter once more. I did my utmost to ignore it. Go figure — I had a new girlfriend by my twelfth-grade. Happy days were here again.

Flash forward to December 1973. Per Nick Cull and HistoryToday.com:

“The manifestations of the demon hit hard. In a guttural voice (dubbed by Mercedes McCambridge) the girl barked a stream of obscenity such as had never before been heard in a Hollywood film; she vomited; she levitated; she twisted her head through a hundred and eighty degrees and she masturbated with a crucifix.”

Everyone and their mother had this film on their lips. The few theaters in L.A. that initially had it playing, were lined around the block with ticket holders. This was how it was in Westwood Village (the business/entertainment district on the outskirts of UCLA’s campus), in point of fact.

Now, it had my attention.

Of course, my aunts, and their husbands, all went to see this. A few, made the sign of the cross when they spoke of it later (even if most were ex-Catholics). By the time The Exorcist made wide-release in early 1974, a number of us youngsters in the family were eager to take it in. Hold that thought. Only three of us qualified (who were at least 17 and could legitimately go and see this rated-R movie extravaganza without adult escort). My cousin (the same young woman who I took to see Jaws the day after I first saw the flick in ’75), my brother, and I.

Typical, my brother and I are totally different personalities. Back then, most family members thought my younger sibling favored my father’s temperament. I guess it was the I-don’t-give-a-sh*t vibe he gave off during his teens. What am I saying? It’s never left. Me? My aunt’s judged I took after Mom. Sensitive. Again, go figure. I swear on a stack of Bibles, one of my mother’s sisters and grandmother, actually worried about my sanity, if I’d see this film. They never gave my brother a second thought in this regard.

As I’ve noted, I went to a nearby drive-in to see The Exorcist. I never did find out which movie theater my brother saw it in. He didn’t talk about it. Mom later told me he’d seen the film, somewhere. She quietly pulled me aside one day, weeks afterward, and mentioned my sib had slept with the lights on in his room each night since the screening. She’d turned the lights off more than once in his room (say around 2 o’clock in the morning). They’d snap back on shortly thereafter, Mom admitted. I think this went on for a couple of months. 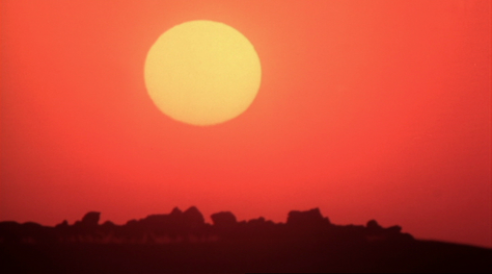 What about me, you ask? I slept fine. The movie never bothered me, at least that way. In fact, it only spurred me to finally get the paperback (the hardcover that once circulated somehow disappeared by this time) and read Blatty’s novel. That I did, usually while I waited in the gas lines of the period (Oil Crisis I). I had even-numbered plates, btw.

Incidentally, in Stephen King’s excellent non-fiction treatise published the next decade over, Danse Macabre, he found the original novel by William Peter Blatty less-than-stellar, and William Friedkin’s film wanting (primarily for its lack of levity amongst the horror). It’s the only time I’ve vehemently disagreed with King, on both counts. Still do. I’ve since made it a point to read every book WPB ever published (Dimiter is currently in my TBR stack).

Yet, the film would not be done with either of us. And I’m not talking about the release of later revisions (the ‘extended cut’ in 1998 for its 25th anniversary, or the “Version You’ve Never Seen” two years later). Like Jaws, it’d come back to my time as a projectionist at the Huntington Park Warner Theatre. As I chronicled years ago but since moved here, my duties there left an imprint when it came to motion pictures. It’d come a couple of months after that experience, actually. Another where my brother would return here to catch it for free, just like he did with the Spielberg film. This time, though, with no resulting nightmares I ever heard of.

As I recorded some years ago:

“Near the end of 1976, the owner booked the best horror picture we ever showed during my tour of duty in the booth. We ran The Exorcist for four very successful weeks. The second longest run during my term, and only behind Jaws for concession stand profit. And just like that film, the projectionists learned it quite well. In my case, that fact alone saved me and another worker. You see, in its final week with us, there was this accident. No, it didn’t occur on one of my shifts. It happened with the second guy, on an evening shift. Around that time, there were only two of us working the booth (since the third and newest guy had quit the week before). So, both of us were putting in more hours to cover the loss until the owner could hire another person that I could train up for the third slot.

While I was home in the evening, the 2nd guy called me to describe the problem he was having with one of the projectors. It seems that in the lower housing (where the take-up sprocket resides) of that unit, it was collecting the film that should have been going to the lower take-up reel. This was quite bad, in fact, as that housing of the projector is not very large. And it was being filled at a rate of 24 frames a second with 35mm film! I think I blew two street lights getting there… As bad as this was (and it was definitely bad), we had to consider ourselves lucky, too. This was the first reel of The Exorcist, and not the second movie (one I can’t even recall now, and a film we didn’t know nearly as well). Once the call came in, I had him changeover early to the next reel so we could stop that projector and halt the damage that was going on (packed film like that breaks).

But, harm there was. We were left with a whole bunch of separate, broken strips of 35mm film after we unpacked that projector. A lot of them no more than 4 – 6 inches in length, and some so damaged they were useless. This was the kind of wrecked print that the owner would have to pay the distributor for costs in replacement/repair. So even if this was a mechanical failure, it was the kind of accident that would get that second projectionist fired (since he was the last one with the farmer’s daughter, so do speak). Which would leave me to cover all shifts until new people could be found and trained. And I wasn’t about to let that happen.”

I still cannot forget that section of the film — most of it either ruined or broken up, out of sequence, and in a pile of small film strips which sat on the projection booth work bench that night. And I had to somehow find a way of putting the movie back together. If you’ve seen the film, it covered the sequence of Father Merrin (Max Von Sydow) at the outdoor Iraqi café, traversing the shadowed-filled streets (where the old priest is almost run over by that speeding horse carriage), and in the office where the clock chillingly came to a stop. 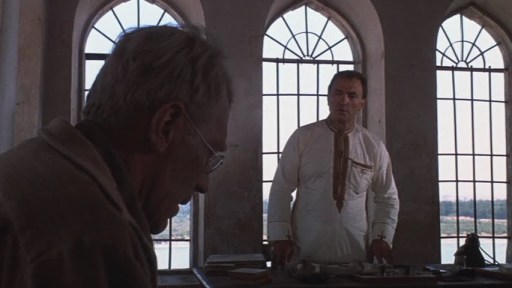 A few scant minutes total on the first reel. And I had to splice those scenes back together with anything salvageable from the print, but only after putting them back into some semblance of order. Plus, it had to look good enough so the distributor (or the theater owners after us) wouldn’t notice, or complain too much, when it went back into circulation. There was chance since older prints like this always had film splices and breaks in them from regular wear and tear by movie theaters.

This was where knowing that film as well as I did actually helped to save me (and especially the other guy). Two hours later, Humpty Dumpty was put back together again… sort of. Although, we did lose a good portion of the footage to damage. That 4:14 stretch in The Exorcist ultimately was reduced down (with a only-heaven-knows number of film splices) by almost two minutes! It was the only time in my whole life I ever came close to editing a film. Nobody was more surprised than me when it worked, or more happy when it left.

27 Responses to “The Exorcist, or Learning to Live With the Devil”