I’m not quite sure if it is an indicator or not, but I’ve received my second award this week. Matt Stewart (he of Matt & The Art of Motion Pictures blog) very generously awarded me the 7 x 7 Link Award just yesterday. Another fan of film (and TV), I recently found his site through our mutual colleague Ruth of Flixchatter via his appreciative write-up of a movie we have in common: The True Meaning of a Classic – It’s a Wonderful Life (1946). It’s a fine piece of writing for an extraordinary film (and he’s only been on WordPress blogging for a short period). What a start! Thank you, Matt, for it and the award you’ve sent my way.

As usual, such an accolade comes with conditions:

The first and last of these are pretty standard for things like this. That second one, though, is the challenge. I don’t think I’m any good at judging my work, but I am more than happy at pointing out pieces I’ve enjoyed reading online. So, I’ll do the second, with the caveat of adding those I thought better met the parameters of the category. This also helps to give praise to those out there I thought deserved it… especially since I’m not doing any kind of ‘best list’ for this year. Here goes:

I tended to be one of those kids that flew under the radar in school. I now look at that aspect of school life as a gift. Coming to the attention of school administrators rarely is a good thing, I learned. However, it didn’t start off that way. One of my mother’s favorites stories she shared with family and friends covered her going to the nearby elementary school in the summer of 1959 to sign up her eldest child for Kindergarten. As my mother described it, she was filling out the admission forms at the main office’s front desk with me trailing around in the waiting area. That is until I came up to her, dutifully tugged at her skirt, and with all the serious tone an almost five year-old could muster, reminded her to make sure they (the school) knew I didn’t know how to read or write. 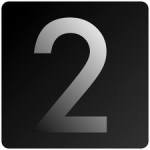 Most Beautiful Piece – I haven’t a bloody clue! Maybe, it’s the guest post I did for Ruth over at her blog, Cold of Metal, Warm of (Animated) Heart. My Recommendation » my friend and author John Kenneth Muir’s Cult Movie Review of Big Fish. It really is a wonderful, heartfelt piece.

Most Helpful Piece – I hope I made the case for an underrated Sam Raimi film in Not Just Another Western: The Quick and The Dead. My Recommendation » blogger Bryce Wilson’s wonderful look at an all-time favorite film of mine, The Outlaw Josey Wales.

Most Popular Piece: this will be the only easy one for me, all care of WP’s Freshly Pressed. It’s the list article for My 100 Best Loved From 1964 to 1976. My Recommendation » just about anything in the Everybody’s Chattin’ category over at the community that is Flixchatter.

Most Controversial Piece – Perhaps, it is my contribution to the Filmplicity Morality Bites blogathon, Of Horror and Empathy. My Recommendation » Filmplicity’s own Ronan Wright and his take on the matter in Morality Bites: Hollywood… A Health Risk?

Most Surprisingly Successful Piece – that would be the spur of the moment The (Stephen) King of Movie Adaptations article that I quickly threw together a short while back. My Recommendation » I’d have to say I shouldn’t have been surprised by it all, but Colonel Mortimer’s 31 Days of ’81 Horror series blew me away.

Most Underrated Piece – Arghhh! This calls for a judgment of some kind. Perhaps, it is the Double Feature c/o Craig Johnson post. My Recommendation » film blogger J.D.’s thoughtful piece, which turned out to be one of my most-liked of his this year, on a truly underrated Clint Eastwood film, White Hunter, Black Heart.

Most Pride-worthy Piece – it would have to be the anniversary love letter to my wife disguised as a film review that was re-published here, Reprise: Mr. & Mrs. My Recommendation » my colleague, who goes by the nom de plume of Livius, from across the pond who has recently re-planted his talented self on to the WordPress blogging platform and his deft piece on Sunset Boulevard.

The last component is really very easy at this point since it’ll be those who made up ‘my recommended’… those linked bloggers, colleagues, and friends from above. See how that worked out?: