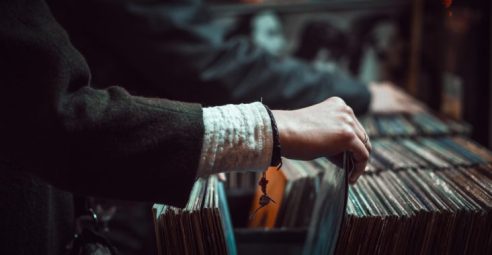 “Listening to vinyl isn’t the easiest way to listen to music, especially by today’s streaming standards. Nor does it guarantee the highest-quality listening experience anymore, as high-res lossless digital tracks are more abundant than ever. But people don’t care about that anymore. After decades in decline, the popularity of vinyl has skyrocketed over the last few years. Just look at the numbers.”

Every so often I head over to the Gear Patrol site because…insert bored, curious, whatever… or maybe because “…sometimes you want to skip the research and go straight to what’s best”. Perhaps even just to check out what they’ve deemed worthy in “gear” due to having access to the internet. Go figure.

The award-winning print and digital publication has this but also produces some very interesting features that go beyond equipment and stuff. Case in point, an in-depth look at something near and dear to a number of us: the vinyl records and analog experiences that marked our beginning and onward.

“Because more and more people are buying vinyl again. I wanted to dive a little deeper. I asked people in a number of music professions, from musicians to music executives, audio engineers to vinyl collectors, as well as other vinyl enthusiasts, to share their stories. What was the first record they bought? What are they into now? And what is their favorite vinyl record of all time? Whether you’re an audiophile or somebody who’s just getting into vinyl, hopefully, you can find some inspiration in the records (and the stories) below.”

Even if you’re not into LPs or 45s of old, or new, I’d recommend the read. That said, I really couldn’t resist answering the same questions posed because…okay, just because.

What was the first record you purchased?

The answer would be The Beatles Second Album. Don’t think it should surprise anyone that a preteen in 1964 U.S. would name something other than one issued by Capitol Records. Disparaged by many (see my book review of Dave Marsh’s Rock of Ages book on the subject), though, in this day and age, it nonetheless delighted me no end. Snatched up — where I got the money to buy it I can’t say — soon “… after The Lads (care of Richard Lester) up and changed my life as a ten year-old.”

What’s the most recent vinyl record you’ve listened to? 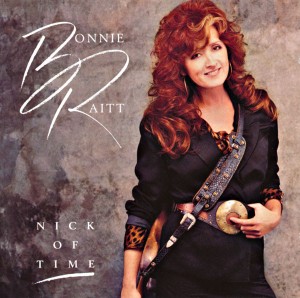 That would be Bonnie Raitt’s 1989 especially life-changing and superb Nick of Time LP. It also went to show how listening to vinyl seems to bring out more interaction1. For instance, I played this album while my visiting daughter, in-between college quarters, joined her mother in the kitchen. My bride of greater than three decades then laid out the artist’s travails leading up to its release to said female child while it spun on the turntable, and it was just a thing of beauty harkening to sage and song.

Your most listened to record?

Now, this one answer was the most difficult of all to discern. Covering from the ’60s to the ’80s (skipping over when I gave away my records to gather CDs…yeah, dumb) to when I put a turntable back into my life (around 2012) till now. Surely, it was one by the Beatles, yes? Marvin Gaye’s What’s Going On and Let’s Get It On got mucho play in the Seventies. As well, Tom Scott’s New York Connection, Grover Washington’s Jr.’s Mister Magic, and John Klemmer’s Touch dominated my Jazz Fusion phase.

The soundtrack LP that made me buy a turntable again

Could it have been a soundtrack? The U.S. releases of A Hard Day’s Day Night and Help! were played endlessly, I recall. How about Shark’s Machine‘s wonderful jazz compendium, one of the last I bought on vinyl before getting rid of my LPs? Finally realized it was another from the ’60s. One that barely edged all of these out for the sheer number of times it’s been dropped on the spindle and the volume cranked. Herb Alpert and the Tijuana Brass’2 run was short, but !!Going Places!!3 pure timeless fun. 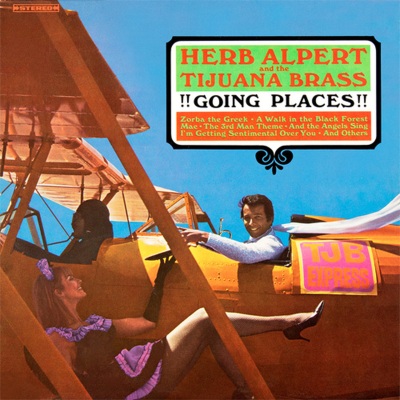