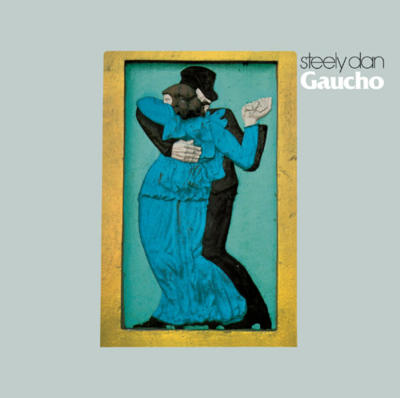 Yes, Abbey Road the last album they actually recorded together, but technically the breakup-laden Let It Be their final “release.”

Almost a given, or for that matter, a cliché, many a musical group seem to end on a sour note. Would only have to point out my all-time favourite with their final issue as the poster child for that: The Beatles’ Let It Be. Another favored of mine would endure to bring theirs in a decade later, and right after the band had hit a zenith with Aja. The Jazz Rock giants Steely Dan would flavor the time in-between like few others, plus buoy me to “keep it together” during that troublesome period.

Given what The Lads started doing in recording sessions and the booth from Rubber Soul on, guess it shouldn’t surprise to have gravitated toward a group like “the Dan.” One that Allmusic labeled as the, “Sophisticated, distinctive rock group built around accessible melodic hooks, complex harmonies and time signatures, and a devotion to the studio.”1 That shared perfectionism which brought scores of followers joy, and drove guest sessionists bonkers, and/or merely from the studio.2

Gaucho landed with as much as the faithful could anticipate and froth over. Not so much as a continuance, but a culmination to what Donald Fagen and Walter Becker, as the only two permanent members of Steely Dan, had already established. Perhaps fitting for the 1980 release, it would accompany the completion of an election year. One that’d sweep in Ronald Reagan as we’d wait out the lingering aftertaste of the Seventies that was the Iran Hostage Crisis. Could almost hear it in the lyrics.

Perhaps, it says something that a couple tracks on the album dropped in lyrical drug references…just because the ’70s in the rearview didn’t mean the haze had cleared. Becker’s increasing use3 only helped strain and split the group for the next twenty years4. Still, when I reflect on those times, makes one song of theirs, Time Out of Mind, strikingly memorable for what their final single bestowed upon radio airwaves and “heads”5. Allmusic’s Stewart Mason labeled it plain enough:

“The coda of the first single from 1980’s Gaucho, “Hey Nineteen,” might have contained a casual reference to “fine Colombian,” but the album’s second single — and Steely Dan’s last chart hit before their lengthy split — goes one further. “Time Out of Mind” is a barely veiled song about heroin, specifically a young man’s first experience with the drug at the hands of a pretentious, pseudo-religious crank talking of “chasing the dragon” with the “mystical sphere direct from Lhasa.””

My wife and kids could probably relate how many times they’ve heard this one played, let alone the volume cranked up, since coming into contact with moi. While I can’t say it’s the group’s best, just my preferred ditty that floats up many of theirs. From the cuts FM stations spun while we cruised countless weekend nights (Dirty Work, Pretzel Logic, and of course Aja, come to mind), to those sneaky singles like Reelin in the Years, Rikki Don’t Lose That Number, and natch, Deacon Blues.

Over the years, have read some critics lay into Gaucho, overall, and Time Out of Mind, specifically, as painstakingly rehearsed and delivered, to that of being “…characteristically value-neutral.” Suppose it a curse to be known for sardonically spot-on lyrics, as well for gleaming some of the best instrumental talent for layered upon layered album tracks. The work of Dire Straits’ Mark Knopfler here bares that out6. Still, in the almost thirty-seven years since its release, we should be so lucky.

From Knopfler’s distinctive riffs, toe-tapping beats ℅ drummer Rick Marotta, to the backing vocals by longtime cohort Michael McDonald, this fleshed out why, like a certain foursome, even lesser Dan still ahead of the curve.

Yeah, their capper charted not as high as others in ’817, and recalls Peg‘s Pop sensibilities, not to mention the sublime solos built up across many an LP. So? “Keep your eyes on the sky” and “Put a dollar in the kitty”, as this Steely Dan’s farewell refrain that’d herald their and the middle class’ decline, to say nothing about the fate of our mental health institutions about to go bye-bye. We wouldn’t realize it till way too late. Small wonder some still “chase the dragon” for an appropriate “Time out of mind.”