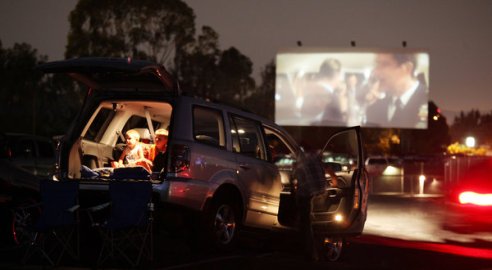 My family and I will be attending something special tomorrow evening. The latest get-together of those who’ve experienced the outdoor joy of another Mission Tiki Drive-in Movie Night — invited care of Dennis Cozzalio — thought I’d resurrect and update something from a few years ago.

I recall a movie article in the New York Times, titled Hot (and Cold) Favorites (circa 2010), in honor of the upcoming kick-off of the summer movie season. In this case, it was that week’s release of Iron Man 2 (which seems so long ago now), featured some film insiders picking, remembering, and discussing some of their favorites from past summers. These included, in their own words, memories from a screenwriter Erin Cressida Wilson and a couple of directors, James Mangold, Neil Jordan.

However, the recollection that really piqued my interest enough to write a post about it was the one written by the legendary independent filmmaker, George Romero. For him, the summer meant the “drive-in.” That really struck a chord with me. While growing up, the drive-in, as a venue, was my introduction to film as a child. The Bronx, where Romeo grew up, had only one such structure. As he states, The Whitestone. But as he grew older, he got more opportunities to visit other road-side cinemas:

“So, a few years later, I go off to college in Pittsburgh. At that time, in the ’50s, don’t ask me why, Pittsburgh had maybe more drive-ins than any American city except Los Angeles. I used to go a lot.”

I don’t know much about the Bronx, or Pittsburgh for that matter — outside of the Yankees and the Steelers, that is — but he was right about the number of drive-ins L.A. once had. I can’t count the number of drive-ins I visited in the first 25 years of my life. But, there was a lot of them I was taken to as a kid in the late ’50s and ’60s, and those I drove many a date to during the ’70s. Though the decline of the drive-in began during the midpoint that decade, I was still venturing out to all sorts of road theaters.

This included the likes of The Centinela near the 405 freeway on the westside, which after its closure later was the location site of the famed drive-in shoot-out for Michael Mann’s Heat…

…and The Winnetka in Chatsworth — significant because it was the last drive-in I ever took a date to as a single person. 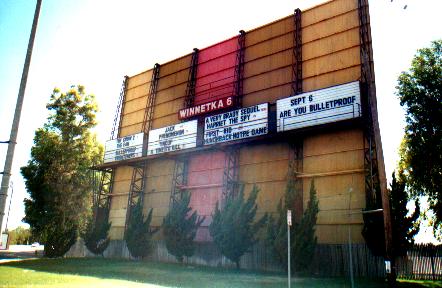 All of those outdoor movie screens in the major L.A. area are now long gone — sadly, demolished because the land was just too valuable; even keeping them running became too expensive for the theater owners. The properties were developed for other, sadly more profitable, ventures. Although, you can still find some locally in the Los Angeles vicinity, on the outskirts — and they are still supported by a loyal fan-base.

“I never saw a wonderful film at a drive-in (usually, they showed garbage, or scratched-up prints of movies you’d seen weeks ago downtown). Then, one day in 1968, some friends and I drove out to the Ardmore. It was showing a not-so-wonderful film that those same friends had helped me make: ‘Night of the Living Dead.’” ~ George Romero

I would have to agree with the director’s take, for the most part. Most people going to the drive-ins weren’t seeking out great, artistic cinema, and owners booked only what was popular at the time to bring most people out. The safe and young variety. Usually, a trip to these venues was an affordable family night out, or teenagers looking for a cheap place to park so they could get a chance to fog up the car’s windows. 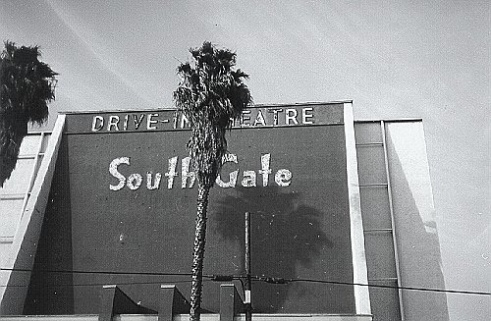 Heck, as teens I recall my friends  and I (and even my younger brother) would walk — as no one had a car between us till later — the two miles to the local South Gate Drive-in. “How exactly do you walk to a drive-in?”, you ask. In this case, as mentioned last year, we didn’t actually go into the drive-in. Behind South Gate’s large outdoor movie screen was one of the many railroad tracks that cut through this small blue-collar suburb and served some of its major industries back then1.

We’d walk down the tracks till we reached the rear of the drive-in, lined up directly behind it, and we’d sit right on the elevated rails and watch the movie from a distance. And if we were real lucky, some car would be on the back row of the theater with their windows down and (if you listened hard enough) we’d actually get to hear some of the movie. Hey, I didn’t say we were smart — or had jobs or money on us. Yet, this method did allow us to see some Rated-R flicks.

Despite all that, the N.Y. Times piece did get me to think about my experiences at those venerable theaters that took up a fair portion of my movie-watching as a youngster. With George Romero relating his favorite summer film, I had to ask myself the same: “What was the best movie I ever saw at a drive-in?” Didn’t take me long to identify the film, or the memory for that matter, and come up with an answer. Without doubt, it’s an indelible point in time for me. 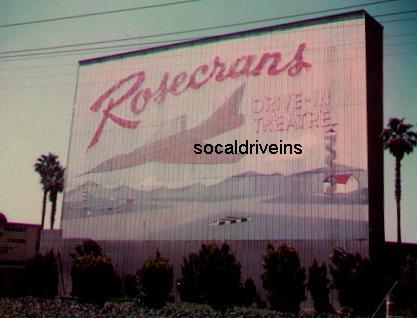 You see, I can call this to mind because it was the day after I graduated from the caldron most of us crawl out of. In my case, South Gate High School. Having spent the entire previous night awake at Grad Night, I woke up late that afternoon and scrambled to make my movie date with the same girl I took to that all-night party at Disneyland. We sat in my old 1963 Ford Falcon station wagon and we actually watched the movie, which is saying something for the film since I was a hormonal 17 at the time.

While I did choose the drive-in as a venue because it was cheap and I had a girlfriend at the time, primarily I was trying to avoid the wait, along with the lines, forming around cinema houses throughout the L.A. area. Thus, we came here for the movie I’d heard was so great from my movie-going family members, who also spouted how good it was when it was a bestselling novel. What was the film? It was the influential 1972 film adaptation of Mario Puzo’s, The Godfather, by director Francis Ford Coppola.

I tell you, it all stills seems like yesterday.

I realize most reading this may not relate, but if you do, what was the best film you ever saw at a drive-in?