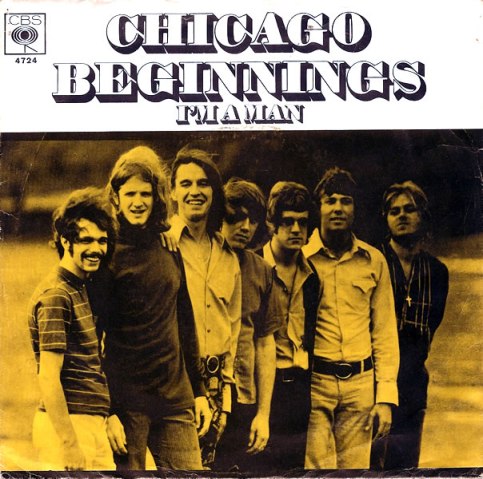 There are moments that truly stay with you, at least while the brain cells hold out during our stay on this mortal coil. I daresay graduating from the cauldron that was senior high school being chief among them. It was, and still is, an institution that guaranteed the person that finished the undertaking no longer resembled the one who started it. Everything changed by the time you got the diploma in your hand. You weren’t the same physically, mentally, or emotionally when it was done. No one had an easy time of it, even the popular kids. If someone says they did, they’re l-y-i-n-g. High school was that oddly endearing modern rite of passage. And much like keelhauling, most merely wanted to survive the experience.

I’m sure my participation during the three-year sojourn with the class of ’72 wasn’t any different, or exceptional, than the average student. I studied the school’s curriculum, learned and observed behaviors of my fellow students, many readily recognizable by any social worker and Parole officer down the line, and somehow got through it all. Keeping your head down being the most important precept you learned quickly, at least by those smart enough to realize it. Otherwise, you were the proverbial nail sticking out of the woodwork. Those, we soon discovered, only attracted the hammer. By the time I reached my senior year, I’d had about enough of all but a few of the other 574 students in my grade — actively skirting most of that lot by the final semester.

Therefore, it’s not surprising I opted to skip my prom, though I had a date to take, if I had so chosen. Renting a tux to join up with this herd at such a formal happening just wasn’t very appealing — decades later in 2002, going to the only high school reunion I attended, the 30th, all but certified the original assumption. Now, Grad Nite, on the other hand, I wasn’t about to miss. Somehow, since it commenced the same evening of our high school graduation, getting on the same bus with this crowd was okay. I knew my girlfriend at the time (a sophomore) and I would lose ourselves among the multitude of post-twelfth graders from other schools wandering the wee hours in Disneyland Park. We hardly saw anyone we knew that entire night, the first for both us staying up without sleep for 24+ hours straight.

Of course, I found out firsthand the reason law enforcement runs their ops against those they want to surprise or arrest occurs around 3 AM. It’s the mid-point of sleep for most, especially teenagers. Half of those in the park that night were dragging or out on their feet by that hour. We saw kids slumped over in a number of locations — anywhere that allowed them to catch some Zzzzzs — as we almost did. Luckily, the Carnation Plaza (the same one Disney is closing down) was nearby. We headed into the café, downed waffles slathered with syrup and chased with glasses of Coca-cola. The original mind you. Not the reborn “Classic” that saved the company from the New Coke debacle the next decade over.

The carbonated standby managed to perk us right back up for more. By 5 AM, like many of the newly ex-high-schoolers, we drifted back toward the park’s entrance of Main Street U.S.A. Perhaps, we were destined to congregate there and take stock before being shepherded back to the school buses, and to whatever future we had in store. The former seniors had college and/or jobs, jail, or nothing ahead of them, as I learned later at that reunion I mentioned. Back then, Grad Niters were seemingly summoned byway of the park’s practice to play current or recent popular song in that area.

Surely, someone thought it fitting to resurrect for this event Chicago‘s 1971 hit song Beginnings as part of the music playlist for that particular dawning. It should be noted the tune, written by Robert Lamm (who also sang the lead here), was revived from the group’s ’69 debut album — which was the very same year this class began high school. And it is one, whenever I hear its distinctive opening chords of Terry Kath’s rhythm guitar (especially from the 7:54 minute album cut), that still manages to wistfully draw me right back to this same spot. The moment it played at a theme park, and meant something extra. The song signifies even more today, exactly 40 years to the hour after that night, since it lands on this specific celebration. To the old and new dads out there (and I’m directing that at you Colonel), a very Happy Father’s Day to you all.

Note: I’m re-tasking this old song post for the Weekly Writing Challenge: Moved by Music over at The Daily Post.

7 Responses to “Forty Years Ago To the Hour: Beginnings by Chicago”