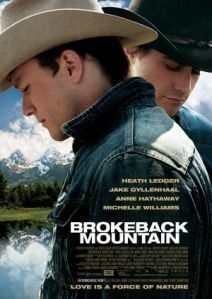 As we’ve restarted our duo post series for the year, it’s good to be back in the saddle again, as Gene Autry would say. If you’re new to this, that’s when the blogger otherwise known as the Scientist Gone Wordy and I examine literary and cinema material that share an interconnection. My colleague Rachel will examine and review the source text later adapted to film, which I’ll evaluate. It’s not like castrating sheep, I assure you.

Every so often, because it’s February, we take up a story that is romantic in nature (given my wife and I celebrated Valentine’s Day, and our wedding anniversary, this same month). Today the wordy one peruses a notable short story by the journalist-author Annie Proulx. Her momentous tale, Brokeback Mountain, originally published by The New Yorker on October 13, 1997, was the basis for its 2005 film adaptation that I’ll broach. Rachel’s book review can be found here:

A brief synopsis of the film: In Wyoming’s short warm season, two young men (Ennis Del Mar and Jack Twist) are joined up by sheep rancher Joe Aguirre in 1963 to watch over a couple thousand head of sheep as they pasture up on Brokeback Mountain. Primarily, one bedding down with the flock each night to protect them from predators for the summer. Cold, laborious, and lonesome work in the high country for the ranch hand Ennis and the aspiring rodeo rider Jack. One night after drinking, Jack invites Ennis to come into his tent for warmth. The close bond that has developed suddenly erupts into a passionate sexual and emotional relationship. Complicating everything that each has held on to this point in their young lives. Knowing full well it’s dangerous to be in the midst of what they can’t speak openly of. For it’s Wyoming…in ’63.

Ten years this summer. A lot has changed since this film debuted in 2005 at the Telluride Film Festival. Arguably, because it was. Reading Pulitzer-winning writer Annie Proulx’s reaction last year to the well-regarded adaptation of her story I was surprised to learn it had become one of regret. Meaning, the story and its characters became more to readers, listening to the author, due to its movie adaptation. Beyond merely a tale of two Wyoming cowboys. 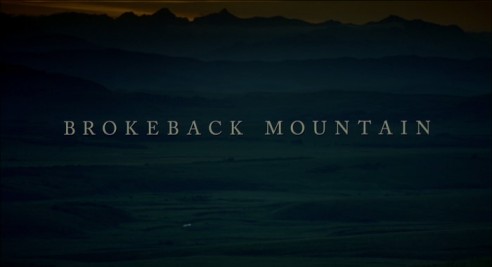 Ms. Proulx essentially wrote a modern parable as personified in the recognizable likes of the cowboys many of us as readers and movie-goers grew up with over the years. The legendary taciturn individuals steeled against any hardship, be it on the prairie or mountain top. Certainly, upholding the cost of not whining to anybody, if they had ’em. Coming to terms with the extreme and irrational reactions that same life may have indirectly fostered.

And Ang Lee filmed it…heartbreakingly and beautifully, I might add. 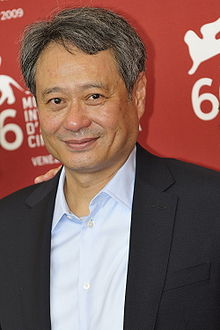 The Taiwanese-born American director initially may have seemed an atypical selection for a saga of a pair of cowpokes. Yes, a case could be made for what was essentially a contentious wrinkle in the telling of a contemporary American Western. One that involves human passion (in all its forms), as well as family (equally in all its good and bad elements). It then becomes clear Ang Lee was well-versed for this given his diverse filmography. Ideal, really.

Much like Ms. Proulx’s story, this lingers. No doubt benefitting from a supreme translation of the concise material to the screen care of the noted western-scribe Larry McMurtry and Diana Ossana1. The masterful language of the author, and her fierce love of her former home state, coming across with each scene and sensation. Evident in the breathtaking views Ang and his DP Rodrigo Prieto brought2 (Canadian locations standing in for Wyoming).

Alongside the familiar loneliness and quick violence of this traditional genre.

Yet, it’s that conventionality which was turned on its head by the tale’s two leads, the late-Heath Ledger and Jake Gyllenhaal as Ennis and Jack3, respectively. Two very masculine lovers. Back in ’05, the film’s release elicited a number viewers, writers, and critics to chime in on the subject at hand. A favorite being Stephen Hunter’s piece for the Washington Post, Out in the West: Reexamining A Genre Saddled With Subtext.

“In fact, what’s remarkable about “Brokeback Mountain” is merely that for possibly the first time, homoeroticism is the text, not the subtext. But it’s not like homosexuality has been unknown in the western. Like any art form, the oater represents not only the conscious of its creators, but also their subconscious.”

The article citing three of my all-time favorites, Butch Cassidy and the Sundance Kid, The Wild Bunch, and Red River, in fact. Even Anthony Mann’s Bend in the River, “…one of five “psychological” westerns Mann and Stewart made together from ’50 to ’55”, gathered new meaning. Still others went on to discuss or dissect homosexuality, bi-sexuality (each of our heroes having wives and children), and the close bond between straight male friends as a result of “Brokeback.” 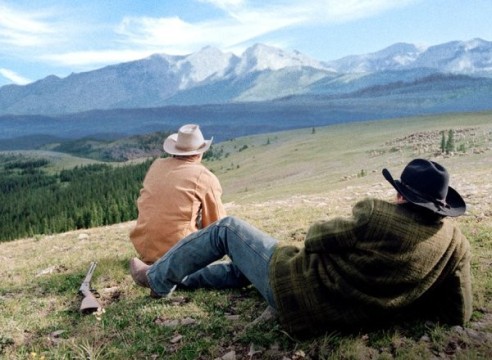 All well and fine. We each are going to interpret the story of the 20-year affair between two men, out west, in our own way. Straight, gay, and every thing in-between will construe it as they see fit. Proulx having to deal with the success of Brokeback Mountain as a film with fans desperately wanting (and submitting) Hollywood endings for the star-crossed lovers Ennis and (especially) Jack. It’s that kind of movie. One that tears (as in torn), and tears (as eyes misting over).

One with an extraordinary cast, too. Surely, the aforementioned leads. Michelle Williams and Anne Hathaway the women in the background as Ennis’ wife Ana and Jack’s Lureen, not taking backseat to anyone whenever they’re on-screen. Randy Quaid his usual colorful self (before falling off the deep end of late), delivering Proulx’s “stem the rose” line as only he could. Every little character in this only added to the sublime stew.

Cooking in a boatload of local flavor, and unexpected tenderness.

It’s easy to spot the author’s driving concern though, which the filmmakers took care to translate, I think. Not so much about homosexuality, but homophobia. In no uncertain terms. The death of Matthew Shepard in 1998 a year after the short story’s publication propelled the point further. Indeed, the lines between men and women, and their roles, already crisply drawn, especially in Wyoming by ’63, long overdue for an overhaul.

Even if you’re aware of the old joke4.

Ennis: “We can get together… once in a while, way the hell out in the middle of nowhere, but…”
Jack: “Once in a while? Every four fuckin’ years?”
Ennis: “If you can’t fix it, Jack, you gotta stand it.”
Jack: “For how long?”
Ennis: “For as long as we can ride it. There ain’t no reins on this one.” 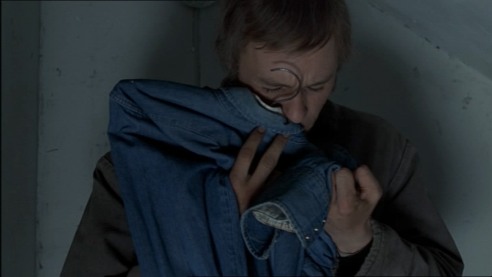 Brokeback Mountain carries another haunting aspect. The untitled “Best Picture” for that movie year. Many thinking it deserved the Oscar5 instead of Crash — Ang Lee thankfully taking home Best Director. I’ve little doubt many of the older contingent in The Academy felt uncomfortable in voting for a film carrying the label as “the gay western” on its saddlebags, which is a sad statement revealing hangups even in this day and age.

The author and filmmakers constructed a story that further broke barriers, which long ago needed breaking, with this. Its multi-dimensional cast, plot, and storyline in keeping with the Stanley Kramer-style of bringing attention to social issues most studios avoided. A poignant film taking a tried and true genre format beyond a circumscribe scale. Making us realize it’s another very human tale on the frontier.

The good, the bad, and the ugly as an epic, passionate ode.

Beyond breaking ground, Brokeback remains a classic tale of heartbreak. Ennis and Jack inexorably drawn to each other. Whether through their proximity in the rough environs of Wyoming, or the sheer loneliness of their way of life. Although, the western does manage to sneak in its small acts of devotion out on the trail, it’s those familiar emotional and physical bonds that’ll bring them together. Break them apart, too.

The time-honored tale of tragic love, in other words — and it doesn’t get much more conventional than that.