Continuing my summer of 2014 series, which was begun right here and chronicled my history with said device, examining the music that ended up on my iPod byway of the films that featured it on their soundtracks. An inventory, as it were, and one I continue to add to. Especially since I press on with my movies-watching and music-listening.

Since this category was the largest, I’ll group them by the decade that brought them forth. Again from fewest to most. Although combining the four lowest for a start.

A definition before we begin the what will be the closing, multi-part category.

I’ll note that one famous instrumental will be missing from this particular list, though multiple versions of it exist on my iPod. Theme From A Summer Place. Besides, it isn’t even the film’s main theme. The reason is simple: I became enamored with Percy Faith’s version of the song played on AM radio as a child. I wouldn’t see the film till a couple of decades later, so the movie isn’t why the song claimed me. 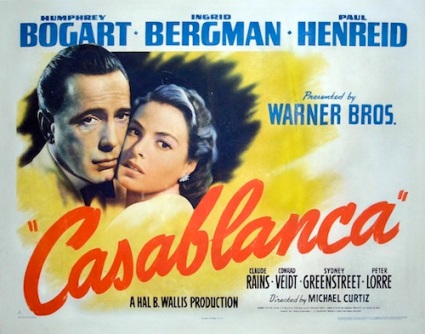 Casablanca [As Time Goes By] (1942): Of course, this had to be here, and on my iPod. Dooley Wilson’s heartfelt working of the 1931 Broadway stage number in my all-time favorite film. It’s a song that has endured enough to be used by the Warner Bros. studio as its fanfare since 1998.

Stormy Weather (1943): There’s a reason Lena Horne’s signature song is her signature song. You only have to watch her perform it in Andrew Stone’s 1943 film to realize why. No other cover for this Harold Arlen and Ted Koehler tune compare, in my opinion.

The Big Country (1958): Western or not, Jerome Moross’ majestic theme for William Wyler’s The Big Country remains one of the most identifiable and thrilling in cinema. Period.

North by Northwest (1959): The amazing score by Bernard Herrmann remains one of his best. With its theme song’s orchestration emblematic of Hitchcock’s film, it’s a thriller piece in the best sense of it all.

Batman Begins (2005): Some of the best work by Hans Zimmer and James Newton Howard done for a Christopher Nolan film. Unexpected, yet in its own way, iconic.

Pacific Rim (2013): Guillermo Del Toro’s Pacific Rim could not have been better powered than by the main theme composed by Ramin Djawadi. In a word, driving. Damn, it had me from the start of the number. Still does. 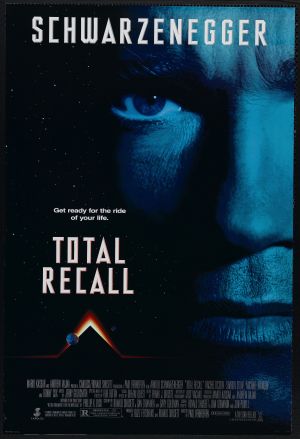 Total Recall [The Dream] (1990): The pulsing beat of Jerry Goldsmith’s larger-than-life track is only matched its brass horns and strings. Like the film opening title sequence, it’s a stunning package. 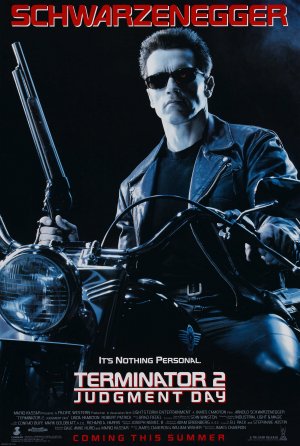 Terminator 2: Judgment Day (1991): Terminator 2’s theme song worked off of Brad Fiedel’s work in the original film, but I like what Fiedel did here. He actually improved what was already great and distinctive signature tune. 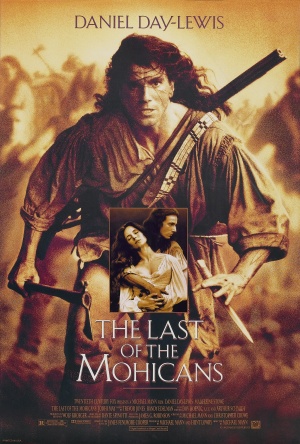 The Last of the Mohicans (1992): Trevor Jones and Randy Edelman theme builds up deceptively and blossoms beautifully into something truly grand. Even for a relatively short piece (1:44), it hits the mark.

Unforgiven [Claudia’s Theme] (1992): A haunting piece, written by Clint Eastwood himself, for one of the true dusky masterpieces. For a western or not, it’s a heartfelt track that reaches me every time I hear it.

Jurassic Park (1993): Who doesn’t love this theme? Not many I’d say. Once again, John Williams scoring a Steven Spielberg film, lifting the audience ever higher with what’s onscreen. Even bringing a tear to the eye.

Devil in a Blue Dress (1995): Elmer Bernstein’s splendid theme stood out as it reached back to the tradition of film noir scores. Right at home with the old blues and jazz songs needle-dropped into the film’s soundtrack, and in tune with the story’s tone and substance.

L.A. Confidential (1997): Jerry Goldsmith performing his magic once again with a theme of vintage hue. Harking back to another noted L.A. neo noir he scored byway of a haunting horn, yet different. Bequeathing Curtis Hanson’s film its own musical personality.

How about you? Any theme music from these periods you’ve collected because of a movie?