This is the next entry in a Theatre… a Movie… and a Time, a series that was begun here. Since this film’s silver anniversary lands this weekend  — as my marriage this year — the time would never be more appropriate for this husband to pay a debt. I owe my ever tolerant and loving wife this mea culpa. Been too long in coming.

A few years ago, my friend and author John Kenneth Muir’s reviewed the film in question,

“…a riveting, emotional roller coaster ride because it so brilliantly weds a personal story of marital/interpersonal redemption to a global story of a world still painfully devoid of that redemption.” 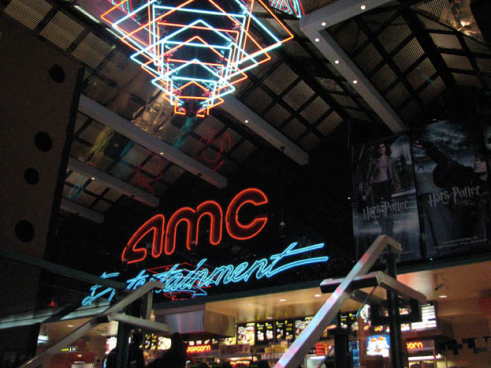 August 11, 1989: Six months married. Half a year into wedlock and I was still a selfish schmuck. My Mexican grandmother spoke very little English, absolutely none of Yiddish, but would’ve understood the gist of the Jewish pejorative. Mom, too, as she’d been hitched to one, once. Moi? Who better to admit the folly that qualified me. The worst idea ever.

Ten years before, I befriended a nurse I was attracted to at work. She in the midst of a nasty divorce with her soon-to-be ex-husband. “…a piece-of-work”, she’d admit. I’d agree after I met him in front of her apartment one day. If I’d mentioned this to mom, she’d have rung all sorts of alarm bells for what I was getting myself into. But by this time she was no longer with us, and I was thinking with the wrong head, anyway. Typical.

One decade later, a few years after we’d split up, chums of a sort we remained. As mentioned, “Just friends, the type who’d still go out on occasion to take in a flick.” Now married to the woman I’d courted in ’88, though. Foolish on my part to think I could have both in my life. Even if she who’d be my bride tolerated such from her inane husband. Not my finest hour by any stretch.

On this day, a Sunday matinee to see James Cameron’s latest, The Abyss. Always avoided Friday or Saturday night for such outings — while full of myself, I wasn’t insane. I’d learn sometime later escorting [redacted] to the Century City 14 had irked my forgiving bride something fierce. Contrary to whatever was in my head, these two were not destined to get along. Go figure.

“…the writing was on the wall that such a convention didn’t have much of a shelf-life.”

When it came time to end the stupidity, earning the moniker she has to this day, She-whose-name-must-not-be-mentioned responded with, “What had taken you two so long to reach this?” Crowing she’d have never tolerated another’s woman’s presence, if she had been my wife. Learning the hard way is my most puissant attribute, apparently. Have I mentioned I’m married to the greatest and loveliest woman there is? No doubt.

17 Responses to “TMT: Getting Beyond The Abyss”