This is the next entry in a Theatre… a Movie… and a Time, a series that was begun here. It will bracket and close my previous post for the film that created its own sub-genre of an action flick way back when. My thanks to colleague Edward Copeland for reminding me of this and kick-starting this memory download via his recent celebratory Slant article of its Silver Anniversary:

“What ultimately makes Die Hard such a great, re-watchable experience (and a Christmas staple, in my book) is that, while Willis and Rickman carry us through the film, all the good guys—Argyle, Al, and Holly—get a worthy payoff in the final moments.” 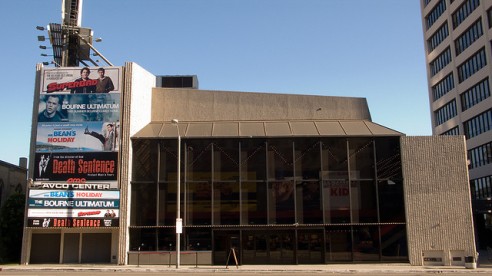 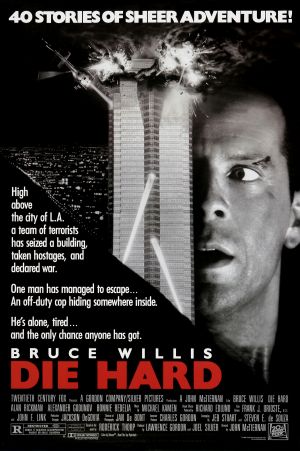 July 15, 1988: Situations change everything. By now, events were moving fast, already reaching a tipping point. While still movie buddies with ‘my ex’, the writing was on the wall that such a convention didn’t have much of a shelf-life. Especially, when the one wielding the writing instrument upon said wall turned out to be my future bride.

Within weeks of heading to Century City one night for a movie, only to find Huey helicopters blitzing the avenue on their way up to the thus far unrecognized Nakatomi Plaza building, I’d begun the last romance of my life. Unbeknownst to me, mind you, but that’s quite okay. At this point, months into it, I found I rather enjoyed being swept away.

Funny how things work out, and how you return to them. I have a penchant for the latter. Just three days before this, the film Die Hard premiered at the AVCO Centre Cinemas in Westwood Village. In the same venue on the outskirts of UCLA I had taken she-whose-name-must-not-be-mentioned years before on a memorable, popcorn flying movie date.

And now I made plans to return there opening day for this film.

With word of mouth already touting it, I’d hatched a scheme to take the Friday off from work to make the early afternoon screening. Shared this I did with the one I courted, in fact. I’d come to understand while she did enjoy movies, bloody, fast-paced, and violent actioners weren’t exactly her thing. Yet, she’d take the afternoon off, too, to join me in the endeavor. A light finally dawned in my head then.

Maybe, she was interested enough to go beyond her comfort level because she really did care, I thought. I began to admit such a consideration meant a lot to me, my feelings for her already on an upward trajectory. Everything was indeed changing. Singularly, perhaps, by the time those helos made their run onscreen, which led to the identification of where exactly that stunt had taken place. Months ago…in another lifetime.

Afterwards, twenty-five years ago this very week, I divulged to her where I had been that night long ago. Of course, she then asked with who…

18 Responses to “TMT: Returning to the Scene”