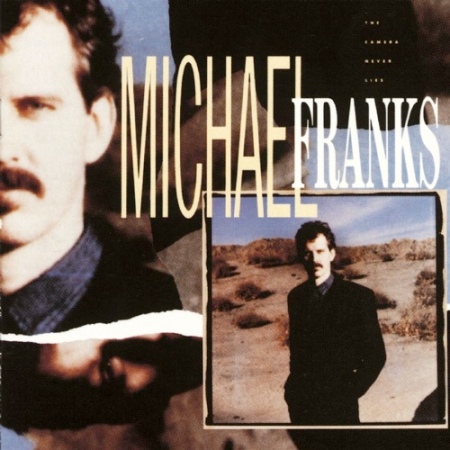 I, for one, fully understand that not all readers of this post will appreciate the musical genre that is (was?) smooth jazz in general terms, or this artist in particular. If you’re not into one and/or the other, it’s quite alright. For those who are, or are at least a little curious, please, read on.

As mentioned, I’ve explored a number of music genres across the decades I’ve managed not to ‘get dead’ in. Admittedly, I have slowed down in my later years with this pattern, but all those I’ll mention (plus the songs I’ve collected over that span) still get some play time on the ol’ iPod and turntable of mine. The geostrategist Thomas P.M. Barnett may have distilled the phenomenon behind the music that gets ingrained, and, at least as importantly, what doesn’t, by way of this piece:

“Morris Massey, an expert on conflict between generations, pioneered the argument. “what you are is where you were when,” meaning all of us reach a point in life where we discover a world larger than ourselves. At that point, we become cognizant of the morals we’ve developed across our early years, and those morals – or worldview – tend to persist across our adult years.

For most people, that fateful transition occurs in the teenage years, which explains our tendency to stick with the popular music of those years throughout adulthood.

Admit it – you stayed cool enough across your 20s, and maybe you faked it deep into your 30s, but then you woke up in your 40s and realized you absolutely hate your kids’ music!

Don’t worry. It happens to everyone.”

Sobering. Well, maybe for me. In the rebellious 1960s, through to the end of the turbulent 70s, I found that I moved from Pop to Rock, Classical to R&B, Funk to Jazz (with a little Latin thrown in), and on to Jazz Fusion (as covered a few times here). Uncovered I stray little beyond this set. I concede being pinned to this set of music. By the 80s, that had morphed to include a Smooth Jazz tangent. Why did that matter? Nothing really, except it turned out to be another of those connections with the woman I’d meet, and later marry, before the decade ended.

Eventually realized there was a number of associations she and I had. A Kismet, you might say. But this musical link in particular, one that included an appreciation for the witty, reflective smooth jazz singer/songwriter Michael Franks, sealed my fate.

“Michael Franks occupied a uniquely popular niche in the world of soft jazz and pop music in the 1970s; he was one of those crossover artists who defied easy category on the radio (which made him ideal for FM radio of the period), and found an audience mostly among college students.” ~ Bruce Eder, Allmusic.com

Any listener who doesn’t want to learn the music of the one he/she is attracted to will surely miss the boat with the person sought. In this regard, the act of dating erased all doubt with me long ago. I wasn’t about to make that mistake in this instance. When I first visited my future bride’s place she had Steely Dan’s Aja playing on the CD deck. She’d be worthy of dating for that alone, in my book. But the future she-who-must-be-obeyed would be the one to introduce Michael Franks to me, via his third studio album, Sleeping Gypsy. My world hasn’t been the same since.

In that critical annum I found myself, I’d catch up with Franks’ Art of Tea and Burchfield Nines CD albums. Seeking to light on why you-know-who played them fairly regularly. Michael Franks, I soon discovered, had a way with lyrics. His a grown up appeal, more inclined to a quick-witted, playful manner with verse than most. Droll in a freshly lyrical approach that also seemed a modern throwback to some who wrote for Frank Sinatra. Though this Frank(s) lacked Sinatra’s vocal richness, it was still tailor-made for the mellow contemporary jazz styling of that era. 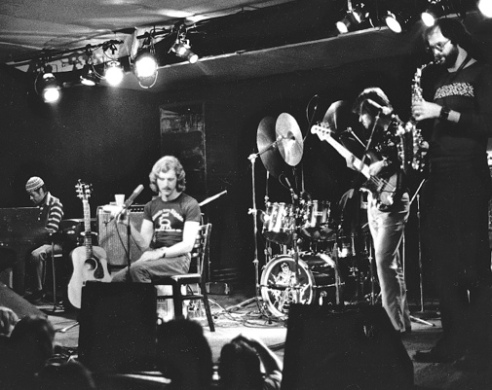 I guess it shouldn’t have surprised me that a number of Jazz Fusion veterans lent their considerable musical skills and instruments on the discs now emanating smooth jazz through the speakers and headphones in the small garage studio I called home back then. Michael Brecker, Joe Sample, David Sanborn, Tom Scott, and the like already well acquainted with. Yet, it would be Michael Franks and “…his witty wordplay and evocative storytelling ability” that aimed me right back at the woman who ushered herself, as well as this vocalist into my head, ultimately my heart.

The prophetic The Camera Never Lies album, which arrived the troublesome year before, but only on my CD deck in late summer during 1988’s Year of the Dragon, remains my favorite by this artist. Eclipsing Tiger in the Rain and Objects of Desire, this album fell back on Franks’ strengths. No doubt Earl Klugh‘s wonderful guitar accompaniment lent to this mode of music. As well as Lani Groves, Art Garfunkel, and, especially, Patti Austin assist with vocals. The latter being the key backing component to the song I recall every time I reach a marriage anniversary.

Now You’re In My Dreams the one song by Clifford Carter and Michael Franks on the album that seemed to speak to what was happening to us, my bride and I, during this time. Playful with its movie-making theme via lyrics, the number offered a softer, somewhat pop sensibility. One decidedly in-between the jazzy funk tunes of Lip Service and Doctor Sax, and the uptempo of its title track, The Camera Never Lies. By the time that love abandoned, stand-in line registered, caught I was in its headlights…make that her headlights. I’d play this disc throughout that autumn.

Even more so after we were engaged that Thanksgiving. She and this number have been in my dreams ever since. It’s milestone time again for this, folks.

I was just a stand-in
Someone love abandoned – not the leading man
But my heart yelled “Action”
What does “fall in love” mean?
We rehearsed the Love Scene unaware of this
Till we tried The Kiss and
Now… now you’re in my dreams
Love was such a mystery
Love was ancient history – pleasure chased with pain
Till you whispered my name
In the soundstage moonlight
We could not say goodnight – unaccustomed to
Happiness so new and
Now… now you’re in my dreams
Now the close-up me and you
And every old cliche rings true
The Samba begins
Fate to the winds
First it smolders then it burns, you
Pass the point of no return, do
Lovers stay in love by learning
How to leave the world at the door and live
Live inside their dreams?