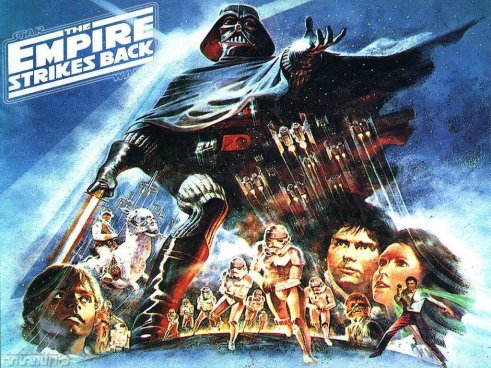 A few years ago, the film blogger over at Colonel Mortimer Will Have His Revenge wrapped up his 1980 Project. A personal proposal begun a few years back, my friend examined the lion’s share of films for that particular year (and posted on many of them).

“For the last few years I have had a slow moving film geek pursuit. The whole endeavor stemmed from my issues with the annual end of the year top ten film lists. I have nothing against them, I love reading them, though I never regard them as anything close to a true sense of what the ten best films of any given year is, but rather revealing the tastes and personality (or lack thereof) of the writer of said list. Does it contain the prerequisite foreign film that the viewer saw once at a festival and appears on the list pretty much solely in a possessive manner (it’s mine, and only mine!), does it contain an out of nowhere mainstream blockbuster to prove the writer’s ability to register and enjoy pop art (this from someone who would have included Talladega Nights on his non existent top ten list for last year)? No my issue is with my dogged completest attitude. How could I truly create a Top Ten List if I haven’t seen every film released in the year, or at least every film that provided me a modicum of interest or critical attention, since a viewing of say, Wild Hogs, would not have any effect on the process.”

For those of us who love cinema, his astute perspective on the batch of pictures he examined for that focal twelvemonth made for some thoroughly enjoyable reading. The start of his series can be found here. And since the Colonel graciously wanted to “know what [my] faves from 1980 are or were back then since I know you actually saw most of these films theatrically”, what could I say?

1980 was a particularly pivotal year, if I do say so myself. One could look at it (if you count a decade starting from the *1 year to the *0, as some do) as the last year in the turbulent decade that was the 70s. Chronicled a bit last year, between Watergate, the oil crises of ’73 and ’79 (and its subsequent global recession), terrorism, Jonestown, and the tumultuous times — after-effects of the Vietnam War — you’ll have a good portion of the reason I use, “I survived the Seventies.”, as a byline for this blog. 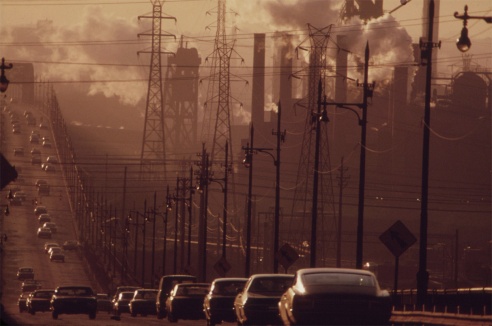 Although, it could also be said that those same arduous times of the Me Decade served as the driving force that delivered some absolutely stellar films. Large and small. Especially in the crime genre, no less.

On the other hand, if you count ‘a period of ten years as beginning with a year ending in 0‘ (as I do), then it really was the start of a whole new era, and perspective. As I’ve mentioned before, whatever doldrums and cynicism the 70s decade left behind, films of that subsequent decade seemed to relish (and happily succeed in a semi-profane manner) in jolting that out of folk. That’s not to say the 80s were without their pitfalls and excesses, which directors like John Carpenter would deftly criticize on film, with They Live, towards the end of the period.

But the year 1980 seemed to herald that change.

The following would be my favorites for that very distinctive year. Just about all of these I saw in a theater, first-run. The small remainder was seen on good old VHS tape. Those on the list I’ve linked direct you to reviews I’ve enjoyed — those with parentheses indicated reviews by those bloggers I frequent regularly, with some emphasis on the those done by the Colonel). I’ve placed these films in three distinct categories, which hopefully makes some sense for those reading this.

“Ain’t that a kick in the butt?” Mentions

Caddyshack
The Blues Brothers (John Cochrane on Ed Copeland)
Mad Max (1979 film, reviewed by John Kenneth Muir, that landed in the U.S. in ’80)
Any Which Way You Can (Mr. Peel)
The Dogs of War
The Final Countdown
Melvin and Howard
Somewhere in Time (John Kenneth Muir)

Pitch Perfect for the Time

Those That Transcended the Year/Period

And my top favorite is (as you’d expect from the lead graphic), The Empire Strikes Back. On just about every “…the sequel is better than the original film list” I’ve ever read, it has rippled the longest across time of any of the Star Wars films. For good reason, too. After the success of the first Star Wars film in ’77, just about everyone and their grandmother thought the sequel would be more of the same. They were wrong. And no one thought it could be better. It was.

The two best things George Lucas ever did for the series, IMO, was to place the next chapter of his story in screenwriters Leigh Brackett and Lawrence Kasdan‘s most capable hands, and entrusted the directorial leadership to Irwin Kershner. Afterwards, believe it or not, Lucas still didn’t understand how lucky he was in doing just that. I evidence that by recalling when he began promotion of its follow-up, Return of the Jedi, he actually promised fans he’d make up for Empire in the third film. Really.

There is a reason I still remember the day I saw the film: 5:30 AM showing the day after Memorial Day at The Egyptian Theatre. Went to work afterwards, a changed man.