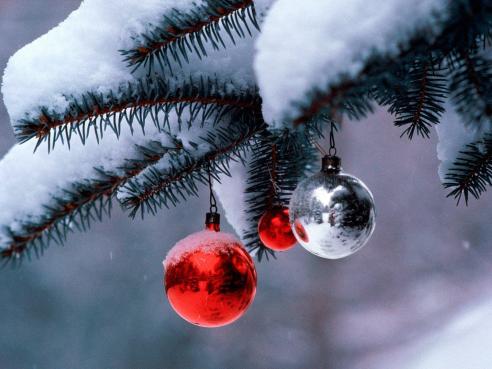 Through the years I’ve gravitated to different songs for the holiday season. I even have a playlist I spring on my family members when I have them sequestered and held captive in the car as we drive out to my brother’s house on Christmas morning. Yet, there’s one that has been my top pick for quite a while. The same song every one and their mother has a cover version for. The same song first introduced by Judy Garland in Meet Me in St. Louis (1944).

With music by Ralph Blane, Have Yourself a Merry Little Christmas lyrics were written by Hugh Martin in 1943. Not only has it been sung by numerous singers through the decades, as opposed to other Christmas classics, it’s been modified by some key music figures over that same time. Per Wikipedia:

“…When presented with the original draft lyric, Garland, her co-star Tom Drake and director Vincente Minnelli criticized the song as depressing, and asked Martin to change the lyrics.[1] Though he initially resisted, Martin made several changes to make the song more upbeat. For example, the lines “It may be your last / Next year we may all be living in the past” became “Let your heart be light / Next year all our troubles will be out of sight”.[1] Garland’s version of the song, which was also released as a single by Decca Records, became popular among United States troops serving in World War II; her performance at the Hollywood Canteen brought many soldiers to tears.[8]

In 1957, Frank Sinatra asked Martin to revise the line “Until then we’ll have to muddle through somehow.” He told Martin, “The name of my album is A Jolly Christmas. Do you think you could jolly up that line for me?”[1] Martin’s new line was “Hang a shining star upon the highest bough.” Martin made several other alterations, changing the song’s focus to a celebration of present happiness, rather than anticipation of a better future. On The Judy Garland Show Christmas Special, Garland sings the song to her children Joey and Lorna Luft with Sinatra’s alternate lyrics.[9]“

I guess it shouldn’t surprise that Apple Computer used it in their latest commercial, with Chan Marshall (aka Cat Power) performing this iteration:

No matter whose version, or whatever lyric, you prefer, I hope you have a merry little Christmas now.

18 Responses to “A Song for This Day: Have Yourself a Merry Little Christmas”