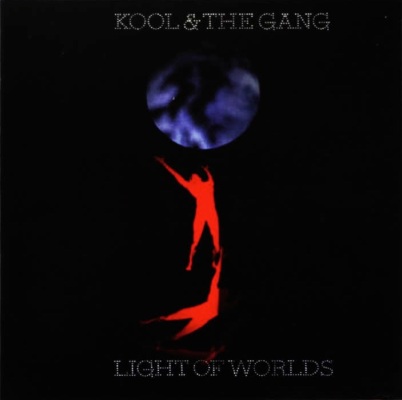 Some songs from the Jazz Fusion era of the 70s have preoccupied my time, listening and otherwise. Guilty as charged. And I did say I’d “…leave it alone for a while” right here. Did and done, I’d surmise. Now, you may be tempted to stop reading, if this style of music was never your thing. Even though I’ve couched it as such, doesn’t necessarily mean I’ve totally veered back into jazz rock.

Actually, this entry looks at something that unpredictably went pop and strangely trendy almost four decades ago.

Arguably, it’s one of those that doesn’t get the play it should today. Even though, it’s associated with the season currently in full bloom at the moment via its title. One perhaps impacted by those same Jazz Fusion notes afloat in the period. Yet, the tune harkened back to another legendary instrumental that unexpectedly topped charts way back when the 50s crossed into the 60s.

It’s a piece of music, decidedly non-classical, performed with bass, keyboard, drums, guitar, and significantly a synth, without hint of vocals. That tune would be Summer Madness. Brought to bare by “one of the most inspired and influential funk units during the ’70s” (quoting Allmusic), Kool & the Gang.

What would ‘the Nineteen Seventies’ have been like without brothers Robert Bell (aka “Kool”) and Ronald Bell  on bass and tenor sax, respectively, lead vocalist James “J.T.” Taylor, drummer George Brown, trumpeter Robert Mickens, Dennis Thomas on alto saxophone, Claydes Charles Smith on guitar, and Rick Westfield on keyboards, punching out funky R&B tunes? I daresay it would have been a Hell of a lot worst without them, if we didn’t have them around to chill us out.

Their well-named Funky Stuff song, along with Jungle Boogie, Higher Plane, Rhyme Time People, and Hollywood Swinging, kept us so-called hipsters self-possessed enough to manage through that troubling time. Is it any wonder that the coolest character in the film Pulp Fiction uttered the group as an adjective in a timeless bit of dialogue within a scene to acknowledge not only himself, but calm a situation going decidedly down the drain (verbally and otherwise):

Sampled by various artists through the years, Summer Madness had to be one of the unforeseen gems to come out of the Light of World LP on its release in ’74. I think I flattened every groove on my copy of the album back then before the year was out, the deepest surely with this track. Likely one of the most successful B-side numbers from the days when the 45 was still king, it did make quite a mark on radio airwaves. An instrumental that played across R&B, jazz, and pop stations, at least around here in SoCal for sure.

Not only did it make the number unique, but put the tune in rare company.

Go no further than Dave Brubeck‘s legendary Take Five the previous decade over to see the ripple that help spawn it, in my opinion. Summer Madness‘ distinct jazz roots, much like what was impacting the fusion rock of the time, were clear. No doubt assisted by the fact Kool & the Gang was originally formed as a jazz ensemble, before staking claim on soul and funk in the 70s. A few years after Brubeck’s tune became a certified classic of jazz and pop music as the 60s arrived.

It’s my belief the same jazzy syncopation and infectious melody of Take Five, one that made it irresistible to various listeners, had similar effect with this unmistakable ‘Me Decade’ hit. It’s next to impossible to forget once heard. Especially, when it came to the synth used to create the well-known gliding sound within a song having a coolness-factor cranked to 11. Someone more versed than me in music and instrumentality described it thusly:

“The track begins with the Rhodes riff, then the synth line consists of octave jumps. Ronald Bell played sax and keys. The synth they used on that track was an Arp 2600 for the octave jumps and solo, and the string washes were done on a Mellotron.”

There were more than few instrumentals during this era on popular radio stations, AM and FM, but none registered across music genres like this tune. Still pumping out music all these years later, Kool & the Gang‘s surprising tune became a hit in 1975, and the album’s most recognizable track. Even 1976’s Rocky film needle dropped it into their soundtrack. Composed by various artists, it remains a unique piece of music, no doubt helped by that mesmerizing synth still sending listeners into orbit.

Likely one of the most used songs on any romantic mixtape of the era, it’ll put me right back into bell-bottoms, with a Cold Duck in hand, and mellow this player right out.