As my writing partner Rachel and I have established the habit of publishing them on the last day of each month, our final duo post review for 2012 will land tomorrow. But as it’ll also be Halloween, I thought to jot some thoughts associated with the eve of All Saints day down before it’s too late. So to wrap-up the season, I wanted to note some worthy links tied to my preoccupation and enjoyment of watching horror/monster movies during this time of year. Without further a do: 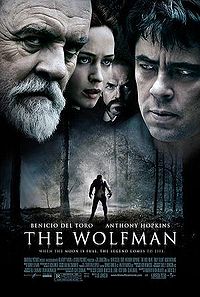 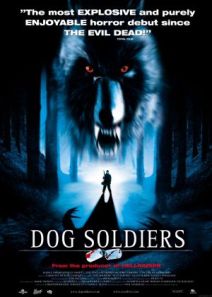 Back in July 2010, my good friend and author John Kenneth Muir did a thorough review of a disappointing monster flick that was released in February of that year.

“For all of these many and much-appreciated virtues (including an intriguing leitmotif regarding the Biblical tale of the Prodigal Son), this Joe Johnston film ultimately flounders due to the largely-unnecessary bells and whistles of the troubled production: namely inadequate special effect presentation.”

His examination is well worth checking out for the season:

I saw the first-run theatrical version while John looked at “… the unrated version/director’s cut for this review.” He asked that I offer a comparison between versions. Sorry it took so long, my friend. Weighing in at 17 minutes longer, it does play better overall as a film. Characters and relationships are better developed in the unrated DC (along with a bit more gore — not necessarily a bad thing). And that’s the frustrating aspect about this version. So much closer, but still far to go. Those pesky characters and relationships. Fleshed out more, they’re still equally mismatched.

None more so than Benecio Del Toro as the tragic lead. It’s still hard to relate to him in the role, besides being purposely miscast. Why do I say that? In my second screening, what became painfully clear this time was the filmmakers’ earnestness to allude to another werewolf film (beyond the 1941 original). Spoiler coming: when the character is brought back to London for ‘treatment’, morphs and escapes into the city, killing and wreaking havoc, it’s an evident homage to Landis’ much superior An American Werewolf in London (this time via CGI). It just doesn’t hold up in comparison.

Add to this, a couple of days later, I re-screened (because I just got the new Blu-ray) something that put any version of Joe Johnston’s film to shame. Neil Marshall’s début film, Dog Soldiers, from 2002. Now here was a modern re-interpretation of the werewolf myth with some teeth and cleverness. Add in an undertone of Aliens and Night of the Living Dead, along with a self-awareness that respected and played with the genre (yes, even back to the Curt Siodmak original), and it literally danced around the 2010 movie. It even used a quick-witted allusion to The Matrix‘s famed line, “There is no spoon.“, that’ll have you howling when you catch it. Werewolf fans, see the latter for how it’s done. 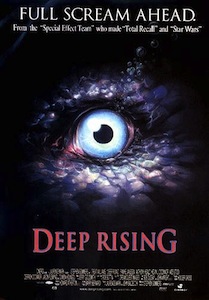 My colleague Morgan took a great look at a film that really accentuated how much fun, and a bit of fresh air, the horror films from the 80s were:

“Like a lot of 1980s horror films, there are some humorous moments early on before the danger becomes apparent. Knowing winks are given to the audience several times with references to various strawberry-flavored semi-solids, from Jello to jam.”

So true. This one really offered a more than amusing update to the original. In a similar contrast of using the 80s in an adept comparison to the 50s, à la Back to the Future (just a lot bloodier and with more viscera), as well. This film really did have a wicked sense of humor and shocks. Well, they don’t make them like they used to, you say?

I’d react to that by suggesting, if you enjoyed the above remake, you take in writer/director Stephen Sommers really underrated deep-sea monster flick, Deep Rising. Though not a remake per se, and this one came and went quickly at theaters late in 1998, it did share a good bit of its DNA with Chuck Russell’s film from ten years earlier.

It’s retained a wonderful sense of humor among its Grand Guignol horror show (believe me, it put all of its buckets of blood and goo to impressive use). Along with enough testosterone, fireworks, and smart-alecky dialogue, it’s never bored this viewer. A little over-the-top? Yeah. So? Add to that a great character-actor based cast of Treat Williams, Wes Studi, Kevin J. O’Connor, Anthony Heald and the always gorgeous Famke Janssen, and the film remains an under appreciated monster gem with a wicked sense of itself. 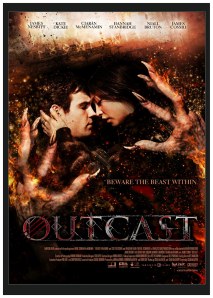 One of the pleasures of October had to have been author Joe Maddrey’s month-long series of posts highlighting some unexpected and little advertised (outside of horror movie sites) films he teed up and wrote about. Give the series a gander here:

MOVIES MADE ME: 30 Days of Nightmares

Because one of his fine examinations intrigued me, and the fact Netflix offered it on their Instant streaming option, the above UK film (international poster version shown and filmed in Scotland), Outcast by one Colm McCarthy, really made it worth my while (even if I was laid up with a bloody cold at the time):

“Everything I know about Celtic runes (which, admittedly, is not much) I learned from M.R. James.  Early 20th century British supernatural fiction is fascinating to me, because it is so hyper-intellectual.  The works of writers like James are steeped in ancient and pagan history, so they don’t have to draw their horror from Romantic ideas.  Frankenstein and Dracula have history, but a story like M.R. James’s “Casting the Runes” (the basis of Jacques Tourneur’s excellent monster movie CURSE OF THE DEMON) harkens back to a time and place when magic was accepted — and feared — as a common part of everyday life.  Believe what you will, but for me that historical context makes it easier to believe in a movie monster.”

This is what I wrote in a comment after viewing this little diamond in the rough last Friday:

“I enjoyed this. I won’t say I loved it, but the gritty look and Scottish locale (I see it was shot in Edinburgh) enhanced the mood. I thought the urban blight (like CANDYMAN) served as a wonderfully stark canvas to paint the story upon. The Scottish actress Kate Dickie and young Hanna Stanbridge were quite somethin’– easily my favorites in the film. I also admire that the people put forward, when it came to violence with the blade, avoided the Hollywood stylings (drama) and simply cut the major artery when it came time for such a thing. Good recommendation, Joe.”

I don’t know if this movie would have ever reached my radar without reading Joe’s posts. Here’s to you for bringing it to my attention, my friend. 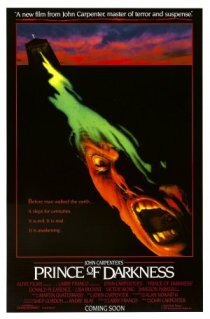 Something that was a long-time coming, recognition of an underrated and under appreciated film, finally hit this month:

““It’s such an oddball movie,” Carpenter said. “It’s a movie that just came from the heart at the time I made it. I had gotten fascinated by quantum mechanics. I began reading about it that particular summer. I thought, how can I get this into a film? I didn’t particularly do it, getting it into a movie, I sort of hinted at it and had dialogue about it but I didn’t really do anything quantum-mechanical strange, but it gave me an idea to set the film in the world of physics.” – Gina McIntyre writing for the L.A. Times Hero Complex

Along with a splendid film review by my colleague Mark Walker, we somehow reached an overdue alignment (and got me to re-watch and enjoy it once again):

“One of the most underrated horror films of all time with a director working within the confines of a very low budget yet still managing to transcend his restrictions and allow his abilities to astound. If only all horror had as much originality and concepts as ingenious as this.”

Finally, speaking about John Carpenter, this is where you’ll find me tonight:

“A majority of the people who are [fans of the franchise], most of them have never seen any of these movies in the theater,” Beahm said. “A lot of the originals, especially for people who don’t live in major cities with revival houses, they’ve never had a chance to experience them at all in the theater before. This is a nice way to reintroduce fans — reintroduce the world, in a way — to Michael Myers as the Shape.”

16 Responses to “Halloween Sundries on the Eve”