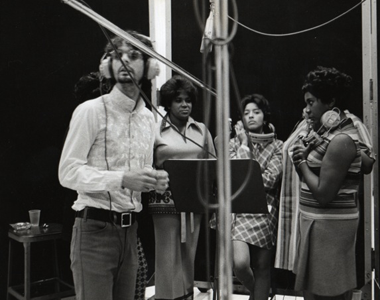 Over the years, I’ve grown to appreciate those who labor in the background. Most of the time, they do their work with scant attention paid to them. Even more so, if it’s in such high-profile professions like popular music. As uk.music-jobs.com described the craft, beyond that of harmonizing with other vocalists, they’d expect to be…:

“…  alone for effect on the instrumentals rather than singing the lead.”

Perhaps, Vocalist covered the anonymous nature of the work best:

“The term ‘Backing’ denotes that the singer remains in the background, both in live performance and when mixing a recording. The backing vocals on a song can consist of anything from repeating a word, passage or chorus of the song to providing a continuing harmony in time with the lead vocalist.”

Quite a job, if you a) have the vocal talent to do it, b) can get the work, and c) don’t mind the anonymity that comes with the vocation. Most of the time, the lead singer gets all the glory there is for a song. Especially so, if the melody in question is a certified hit. One recent song in particular, a track my daughter says I’ve worn out, drew me back to this subject. As well, it had me recall another, a pop number now decades old. And all because of those superb things, the backdrop vocals set wonderfully to music.

Both of the songs I’ll highlight are dominated by the lead singer, no question. Equally, each was the lead artist’s first really big hit in the U.S. Still what the background singers accomplished in their accompaniments, within the frame of each tune, only enhanced the final output, in my estimation. It made them special (at least to this listener). 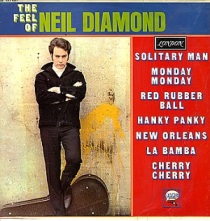 Cherry, Cherry was written and recorded by Neil Diamond, and released back in 1966 (for the Bang Records indie label). It became his first big hit (following his début single, Solitary Man). It reached as high as #6 on Billboard‘s chart for the year. The pop hymn was a relatively simple song, but it sure got the job done with an infectious energy — a distinctive trait for many tracks that came out of the 60s. Rolling Stone would later rate the tune as,

“…one of the greatest three-chord songs of all time.”

However, let’s zero in to what was happening entirely in the song’s background. The legendary pair of songwriter-promoters, Jeff Barry and Ellie Greenwich, produced the piece. No slouches there, no siree. Plus, they contributed a great deal to what made the track as good as it was. The first thing you should notice, there is no drum beat in it — something unheard of for the time. The rhythm was kept solely by the handclaps. The track that became the hit was in fact the demo. A later studio version with horns and drums didn’t cut it and has since found its way to Diamond’s 1996 anthology, In My Lifetime.

Next, Barry and Greenwich in fact performed the background vocals on that stellar demo. It was Ellie herself that invented the background arrangement for Cherry, Cherry, and it’s her voice in the chorus that initially drew me in. The label couldn’t improve on it. She and Jeff made the track energetic, too. It’s the backing that lifted a good song into a great one in the production. The revelation as to why all of the voices (lead and background) remain catchy to this day and how much they added to the overall verve of the tune. One going well beyond 40 years now. 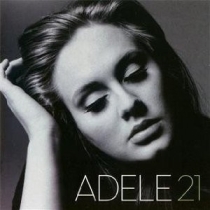 Rolling in the Deep was written by British producer, musician, and songwriter Paul Epworth and the recording artist Adele, and was originally released in early 2011 (XL Recordings in the UK, Columbia here in the U.S.). The song Epworth described as a “dark blues-y gospel disco tune” has gone on to reach a lofty status. I mean, number one in 11 countries, even becoming the biggest-selling digital song of all-time by a woman in the US. Come on. Its international acclaim is nothing short of spectacular.

Without a doubt, this is the antithesis of the song above by way of its supremely thumping rhythms. The beat of the track is so forceful as to visually register on the music video. Adele’s bluesy vocals and throaty delivery standout, too. That said, as Jukebox Hero (blogger Cassie Walder) deftly noted in his 2011 post,

“The haunting background vocals echo from another decade …”

Its R&B core is unmistakable. Since the background singers, in this case Julia Tillman Waters, Carmen Twillie and Lorna Maxine Waters, are there to complement the entire endeavor (and not get lost in the dynamic that is the pop diva’s formidable pipes). They had to walk a fine line. No arranger worth his salt would have those in the back upstage their lead, anyway.

However, just about everyone I know noticed their stellar chorus in this landmark piece. In actuality, it’s more than a compliment we did. Besides, this backing arrangement was a throwback to the 60s — a decade that continues to reverberate in this fan’s heart, even now. Sorta brings it all full circle, doesn’t it? Those harmonizing vocals only added to the distinct flavor of the whole song, one rooted in the gospel music it spotlit. Their voices in song certainly testified to that fact.

6 Responses to “In Honor of Those in the Background”