This is the next entry in a Theatre… a Movie… and a Time, a series that was begun here. As usual, sometimes it is someone else that causes one of these movie memory downloads to kick off. In this case, another blogger’s first experience with a seminal film did just that. Movienut’s review, over at Defiant Success, was the one and can be found here.

“Personally I’m grateful I saw this in the middle of the day. Lord only knows what I’d be like had I saw it at night.” 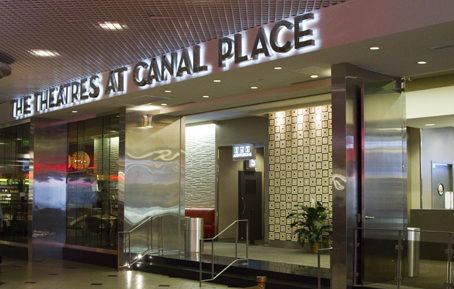 February 19, 1991: a couple of decades back, I did business analytics as part of my job. I used data processing and statistical software written by the folks who at one time were based out of North Carolina State, known as SAS. I won’t bore you with their history, or that long ago the acronym once (and no more) stood for Statistical Analysis System. During this period, two things happened. I got to semi-regularly travel and attend the associated SAS Users Group International (SUGI) conventions as part of my continuing education, and I got married. Naturally, given the places the conventions were staged, my wife would from time-to-time accompanied moi while I did.

For SUGI 16, I experienced my first ever visit to the wonderful and unique city of New Orléans. What I really enjoyed even more was having my wife, whose family is from Louisiana, along with me. We arrived days after Mardi Gras finished its run and joined up, briefly since we were lodged riverside near the historic French Quarter, with some of her relatives in town for that annual and certifiably wild carnival. And the stories they told were almost worth the trip itself.

“They don’t have a name for what he is.”

Coincidentally, right before we left L.A. for NOLA was when Jonathan Demme’s film adaptation of Thomas Harris’ sequel novel (in the footsteps of his Red Dragon book) arrived at movie theaters nationwide. Serial murderers of women was (and remains) not a favorite subject for my bride, and I can’t necessarily blame her for that. Yet, she came with me on this Tuesday afternoon when I was in-between sessions at the convention to see it. Not knowing the city, I somehow managed to pick one of the better establishments, the Theatres at Canal Place, purely by it location (on the third-floor of the mall) near enough to our hotel and the Vieux Carré. The rest, as they say, is history.

To this day, when I remind my bride of this trip (and movie screening), she simply gives me “the look”, and I move on.

“All good things to those who wait.”