It’s clear to me, with the release of Bond 23 (AKA the next James Bond film), Skyfall, later this year, and its recently unleashed teaser trailer, I needed to get this post finally out of my Draft’s bin. I’ve been busy of late, and a little lazy about getting it online. Still, when you have wonderful periodic content on the topic in general already available, there’s been no hurry. I mean, my friend Ruth’s Bond threads are the stuff of blog comment heaven and my colleague Fogs’ thoughts and judgements on the subject seem to follow closely with mine, who can compete with that? But, since I’ve been on a music bent lately, I guess there’s no better time than the present.

As the longest continually running film series in history, Ian Fleming’s character of James Bond continues to press on with distinct style (if not a different face every few years). It’s little wonder that our own American Cinematheque Los Angeles is offering up the entire 22 films in a retrospective to “licensed to kill” fans next month. My son is on record that he wants to attend every single movie and double-feature offered. For which I say, “How will you be able to afford this, and have you started working yet?” I’m sure I’ll be attending some of my favorites and avoiding my least-loved (cough… A View to a Kill). 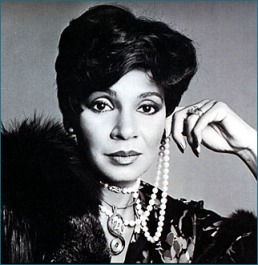 Generally, this piece is meant as an appreciation of the music for the long-time film series, and one stunning vocal artist in particular. Let’s be honest, in the 50 years covering twenty-two films so far in the series there is a wide range in sweet-sounding quality when it comes to its title theme songs. Sure, there are fans for each and every song out there. More power to them, I say (well, maybe not the Madonna crowd who may somehow like the horrid one for Die Another Day, which I honestly consider the worst in the canon). Without question, the impact of composer/film scorer John Barry cannot be minimized among all of those who’ve contributed musically to the Bond series. And yet, there’s only been one singer in that five-decade period who has belted out more OO7 theme songs in number while simultaneously setting the standard: that would be the Welsh music icon, Dame Shirley Bassey.

Mr. Kiss Kiss Bang Bang: The unused Shirley Bassey number, written by John Barry and Leslie Bricusse, is really underrated as a number. “Barry had thought he could not write a song about a vague “Thunderball” term or the film’s story, so his song was a description of the character James Bond.”, per Wikipedia. 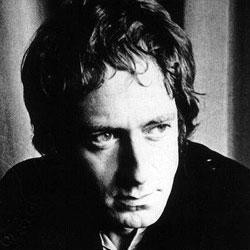 asily was one of the most popular singers in Britain over the last decades of the 20th century. She possesses one of the most distinct and powerful voices in the music world. And we have John Barry to thank for bringing this talent into the Bond universe, beginning in 1964. Out of the three theme songs she’s recorded, I’d have all of them in my Top Ten. Not a bad batting average out of twenty (in reality, those for Dr. No and On Her Majesty’s Secret Service are purely John Barry instrumental pieces). So, here then are those song rankings and thoughts on each including the films, the actor portraying Bond, and that all important villain.

Song Released: June 1979
Music By: John Barry
Lyrics By: Hal David
Bond: Roger Moore (not my favorite)
Bond Film Rating: Fogs has it as Cheese, and I’d have to agree; it’s not total crap because…
Bond Villain: Michael Lonsdale as Drax is one of the best in the entire series

This was the singer’s third and final theme song, and she was not even the first or second choice as singer. Still, Dame Shirley really is the reason to listen to it (decent musically, but the lyrics are just okay). Kate Bush was originally set to write and record the song. Didn’t happen [strike one]. Then, Frank Sinatra was considered and dropped [strike two]. Finally, Johnny Mathis was lined up, didn’t like the song Barry and Hal David penned, and balked [strike three]. In the few weeks left and backs against the wall, Barry returned to Ms. Bassey to save the day (she did so only as a favor to the composer, even though it’s her least favorite). Trivia: this is the only Bond song that actually has two official versions. Per tradition, the song plays during the movie titles. Crazily, the other plays over the end credits. But Hell, I’ll take Dame Bassey’s disco version of the tune over Madonna’s any day of the week, thank you very much. 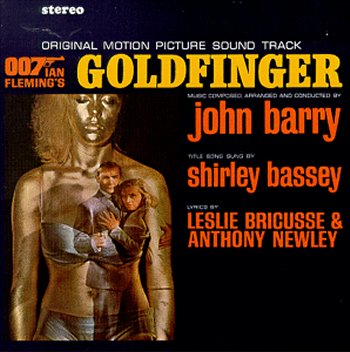 Song Released: September 1964
Music By: John Barry
Lyrics By: Anthony Newley and Leslie Bricusse
Bond: Sean Connery (even decades later, he remains my favorite in the role)
Bond Film Rating: Fogs has it as Classic, and I wholeheartedly agree. It’s my all-time favorite
Bond Villain: Gert Frobe as Goldfinger, like the film, established the template for the entire series

Yeah, I can’t believe I’m putting this in second place, either (but, by only a razor-thin margin). In addition, this is where we’ll forever be beholden to John Barry for extending the invitation to Shirley Bassey, plus the mutual musical satisfaction of all of things Bond due to it. Only because of their working relationship, they were touring together at the time when he approached her, did she agree to the singing gig. There weren’t any lyrics, yet, and she took it purely because of Barry’s music. That she brought and used those impressive pipes of hers in a bravura performance goes without saying. And like almost everything associated with Goldfinger the film, this one set the standard that all others are judged by. The Bond theme songs that came before are almost an afterthought due to Shirley Bassey singing “the song in a pull-out-the-stops manner”, as AllMusic noted. Trivia: “Bond producer Harry Saltzman hated this and he took a lot of convincing to use this as the film tune. John Barry explained in his interview with NPR that Saltzman called it “the worst song he’d ever heard in his life,” but because there was no time to change it, he had to live with it.”

Song Released: December 1971
Music By: John Barry
Lyrics By: Don Black
Bond: Sean Connery (in his last “official” stint in the role)
Bond Film Rating: Fogs has it as Crap, which I disagree; it’s comfort food Cheese to some of us, and it’s all because of Connery (I’ll leave the Crap rating for Never Say Never Again, though I can re-watch that over A View to a Kill without too much complaint)
Bond Villain: Charles Gray as Blofeld was underrated, also like the film, and remains watchable. One of the better ones in that long line of bad guys

I know, some of you will vehemently disagree on this pick, but hear me out first. When I looked back at my Bond song play counts, I thought Goldfinger would be the clear winner. To my surprise, this one edged it out. Examining this further, I now surmise it’s because both John Barry with his music, and especially his arrangement and orchestration of the song, and the Dame’s virtuosity with the lyrics and her intonation matched each other perfectly. At no time do they upstage the other in the piece. Barry scored it with all the right touches — note the bass line he quietly builds throughout the piece and how he uses it to touch off the tune’s crescendos. Not to mention, he weaved Bassey’s singing flawlessly all the way through to where the final result is a theme song that’s just a smidgen better than their first time together for the third Bond film. This is a theme title tune that works on all cylinders and is their best collaboration in the series, IMO. Trivia: “John Barry enticed Shirley Bassey’s passionate rendering of this song by suggesting that she should imagine that she was singing about a penis. Don Black recalled to the Sunday Times August 10, 2008: “But he never said that to me when I was writing it. I was writing about a diamond!””

20 Responses to “In Praise of Her Bond Groove: Shirley Bassey”