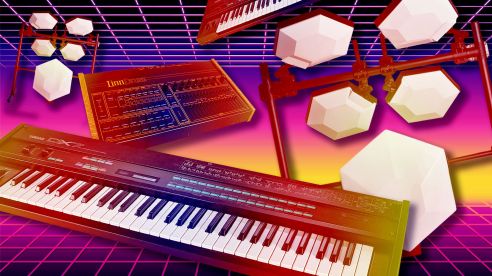 This is the continuance of the series began a few weeks back following an idea sparked by the Tom Nawrocki post of his favorite pop instrumentals. Got me thinking about what would be mine and realizing this genre in particular had a great affect on my musical tastes as a young person. And did so for many a decade, thereafter. A genre of songs specifically arranged just for instruments, hence the name.

This form can be traced back to the 1940s, but arguably its popularity began to take off in the mid/late Fifties with releases like Poor People of Paris, Tequila, and the Jazz classic, Take Five. The expected and unexpected marched up and down radio playlists and on the Pop charts the next few decades. Coming into its own during the 1960s onward and reflected in the buying habits of young and old churning up at record stores.

The Eighties were another matter, entirely, in contrast to the revolutionary ’60s or the turbulent ’70s. The music we turned to escape the turmoil of economic recession, Oil crises, the rise of terrorism, among other things, was put out of mind. As I’ve mentioned, whatever doldrums and cynicism the decade of Watergate left behind in films (and music) of that subsequent period seemed to relish (and happily succeed in a semi-profane manner) in jolting that out of folk.

So, as is my penchant for such things, I began to compile a list of the instrumentals, which ranged to some ridiculous length. So naturally, I had to cut it down to my favorite number, listed them by decade, and oh, limited this to one per artist each.

Honorable mentions: Well, there are always going to be tough decisions in a roll call like this, resulting in those left by the wayside. Have to draw the line somewhere. So, in no particular order, the merits of the following just couldn’t fit into the imaginative pot of the time. And yeah, I know I’ll get grief for the more than a few here. 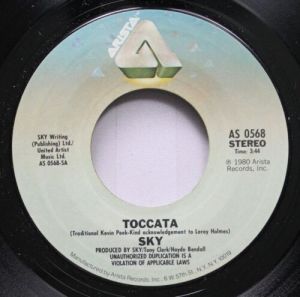 Toccata (and Fugue in D Minor) – this electronic instrumental cover by Sky of what’s likely one of the best known pieces in Baroque music by one of the all-time great classical composers, Johann Sebastian Bach, kicked off the 1980s like nobody’s business. Fusing the classic but thunderous organ composition with progressive rock and jazz stylings. Made it a unique mix that kept its ominous tone yet made it rousing for the big hair and shoulder pads crowd1. 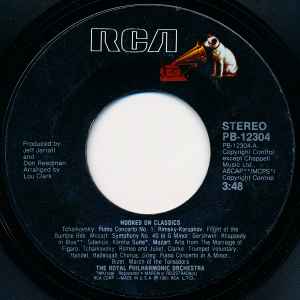 Hooked on Classics (Part 1) – in the spirit of the previous, I glommed on to this instrumental mix of classical compositions2 care of my old 8th grade music appreciation class. Not sure that teacher would have fully approved, she was a classicist in the true sense; but since it was performed by the Royal Philharmonic Orchestra, she’d have let it slide, I think. Brought me back to my youth, which at the time was not that far in the past. 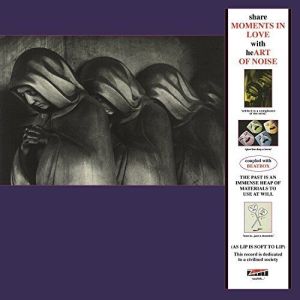 Moments in Love – this Art of Noise instrumental seemed way of ahead of its time back then, and this “Synth Pop” classic seems to periodically have re-risen over the decades since. Heard it played many times over FM in the ’90s, ’00s, and ’10s. It remains a mesmerizing number with its electronic beats and ambient sounds. I’m sure it’s been an inspiration to many artists, but to me it’s never been repeated, except in other people’s mixes. 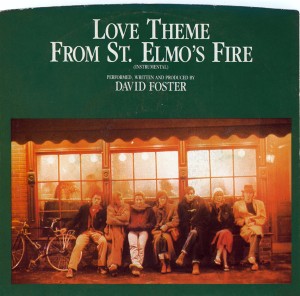 Love Theme from St. Elmo’s Fire – given the propensity for pop instrumentals originating from a movie or television program through the decades, this the first of a string of them on my ’80s list. Also, one of the few produced in both instrumental and vocal form3, David Foster’s instrumental single and another with lyrics added and performed as a duet by Amy Holland and Donny Gerrard, subtitled “For Just a Moment“. 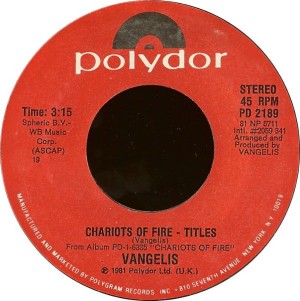 Chariots of Fire (Titles) – the above naturally gives way to this one, and I can honestly say its ingrained into a number of Gen X psyches. Given the high school graduations I attended this decade for family and friends, this had to be the unofficial theme song played at each and every one of them. It is a stirring combo of piano and synthesizer, and likely the best and best-known song by the artist Vangelis, at that. 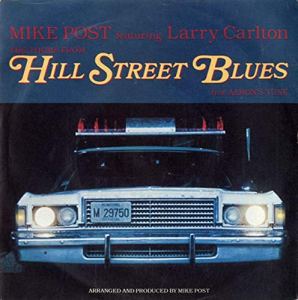 Hill Street Blues (Theme) – Mike Post, given the number he produced, certainly had a way with a television show theme song. And that it was the theme for one of my favorite TV programs of the decade just made it that much easier to enjoy. Even better that it featured Larry Carlton, a stellar jazz and studio guitarist from nearby Torrance, California, in the mix, which made it that much more of a prized instrumental for me. 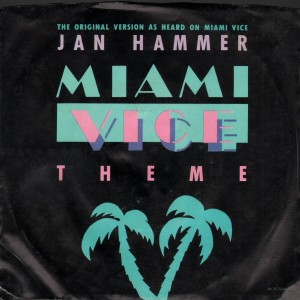 Miami Vice Theme – pretty much this right here would be the theme song for the ’80s decade. Representing not only one of the signature TV series of the period, via director/screenwriter/producer Michael Mann, but the dazzling sway for Gen X and the times care of Czech-American musician, composer, and record producer, Jan Hammer. Tapped out the beat listening to this many a time in my sockless shoes4. 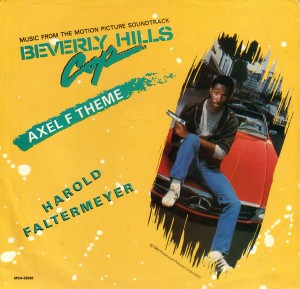 Axel F– the infectious rhythm and synth work of Harold Faltermeyer’s Axel F. , the Beverly Hills Cop theme, is at this lofty position. It certainly helped define the Techno/EDM genre, dance music for the era, and a devil-may-care generation who only knew blitzy times (as compared to the stormy ’70s). I’m really not criticizing this or them, but it really was one of signature tunes (and movies) for the 1980s. Take that as you will. 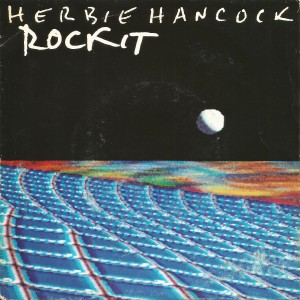 Rockit – had a serious debate with myself over which instrumental would be in this position. Herbie Hancock’s won out over Harold Faltermeyer’s. The weight of the Jazz giant’s Grammy Award for Best R&B Instrumental Performance in 1983, plus winning five MTV Video Music Awards in 1984 for its exemplary music video (Axel F‘s video simply pales next to Rockit‘s) just couldn’t be surpassed or ignored. 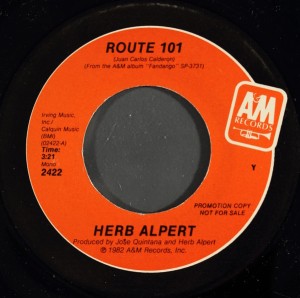 Route 101 – things will get a bit personal here on out, beginning with this return to form by Herb Alpert5. Since the ’60s, given his touch with the pop instrumental, he’s always given uplift to his listeners. Here, embodying the magic of driving down the most recognized stretch every Californian knows with this tune. Captured the 101 highway alongside the ocean on a warm day with the windows down and the wind gracing your face. 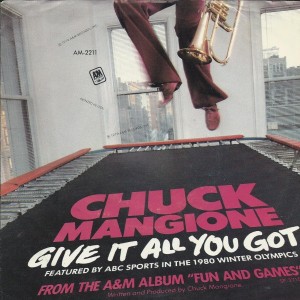 Give It All You Got – this instrumental originally commissioned and featured as the official theme for the 1980 Winter Olympics in Lake Placid, New York. Stirring enough to make a comeback for the ’84 Summer games in my hometown of Los Angeles. Its two runs on the airwaves staked out a high point period before a big downturn personally. Even now, whenever I hear Chuck Mangione’s brassy beats, it boosts me no matter what. And that’s its power6. 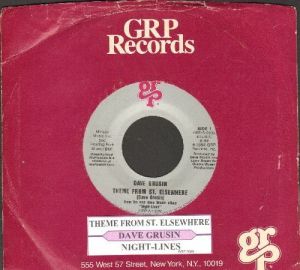 Theme from St. Elsewhere – as mentioned, this “…had a distinctly melodious and infectious ’80s mood to it.” Originally written by composer-arranger-pianist Dave Grusin, “…another of Jazz Fusion‘s durable players from the ’70s”, it’s from my all-time favorite TV medical shows. Debuted in late-’82, completed its series run in May 1988, and by the time it finished, I was a different person. With the changed outlook, this became its theme song. 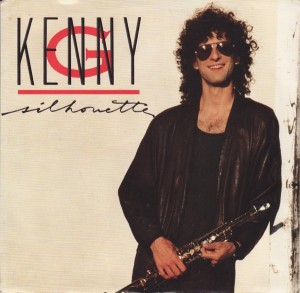 Silhouette – this will likely be a head-scratcher for many, but this and Kenny G’s earlier Songbird instrumental were progenitor “smooth jazz” tunes that are forever tied to when things started to turnaround for me. Covering a period from late-’87 to early ’89, when they were on the Pop charts7. And both played in the back- and foreground during a period when I discovered, courted, and married my bride of now 33+ years. Each played and cherished at our wedding reception on an unexpectedly warm, beautiful Saturday in February.

Next up: the paltry ’90s — and the entire series can be found here.