This is the next entry in a Theatre… a Movie… and a Time, a series that was begun here. Since Rachel and I have parallel reviews on our respective blogs arriving after next week’s Memorial Day holiday, a memory dump of the initial exposure to the title was warranted. Only the widest slant of theatre, movie, and life experience fitting. 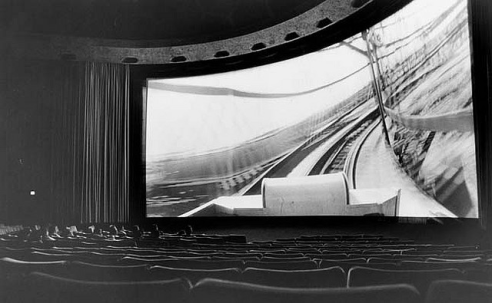 August, 1972: Whowee! Eighteen finally, and finished with high school. That birthday now in my rear-view…hot damn! Well, actually mid-80s temperature-wise, but I know the dog days of summer are right around the corner. Had enough of ’em under my belt already…eighteen to be exact — that’s not getting old anytime soon. Think mom a little beside herself. Her oldest…well, technically, I’m that only by default1…an adult…ish. Many debating that point, and still can’t buy any booze, damn it!

At least I’ve completed a college course. First one ever! What’s the big deal, I ask you. Fine. An abbreviated summer school version, down in the South Bay at L.A. Harbor Junior College. Hey, they’re accredited! At least none of my former school mates from South Gate High were there. Thank God. Those not in a four-year, chose East L.A. or L.A.C.C. to languish in. Not me. The cool ocean breezes from the San Pedro harbor at hand suited me just fine (maybe not so much the spewing oil refinery even closer).

Biding my time till the Fall semester launches. Free. Well, if you don’t count work, that is. Hauling rebuilt carburetors from Maywood to auto stores along the 710. My driver’s license coming in handy beyond allowing liberty from the local municipality. Still have a girlfriend, too. That, a car, and weekend evenings unimpeded all you really need, I think. Soon enough, she’ll be back to that “high school” life. Me? What kind of mature mischief can I get into in Wilmington…with pretty college girls about.

Will come around soon enough, I reckon. Now, what is mom’s youngest sister going on about as she comes by to gab with grandma? Hmm…some movie called, of all things, Deliverance. What’s that about? Sounds religious, but I don’t get that feeling the way they’re talking, or even the uncomfortable looks my uncle is displaying when they do. The pair saw it at the famed Cinerama Dome Theatre2. Always wanted to go there, and the newspaper listing says it’s playing in 70mm! Whatever that is.

The decade still in its infancy as my soon-to-be ex-steady and I headed up to Hollywood before August was out. After the lines had lessened some. The sights and sound of rushing water and utter stillness in the uniquely cavernous cinema something to behold. Impressive watching the movie on that enormous curved screen. Its subject matter on the other hand, as the ’70s began its inexorable downturn, not to mention my lax commitment to college, slapped summer and me back to reality…soon enough.