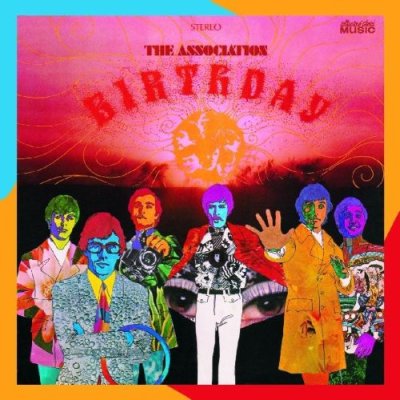 Admittedly, many I’ve spotlighted in this forgotten song series, which honestly began on a lark, are of the way-back-when variety. Rarely heard by later generations. I’ve stuck with those that somehow clicked with me. Most of the time, registering with this juvenile listener the same as everyone else then. Over the airwaves. Many, pop songs, which meant something because they were experienced first-run during those Swinging Sixties.

The former remains true, but the latter not so much in this instance.

Everything That Touches You from 1968, the same year of the Tet Offensive, was unique that way. I’ll get to the why soon enough. Here’s the thing. This song’s band jumped in popularity by ’66, not unheard of during the hectic, revolutionary time, and fell out of same on the cusp of the 70s. The Association carved out a legacy that brought them a loyal following in the decades since. Remaining viable into the 21st century. As Bruce Eder pointed out in the group’s biography for Allmusic:

“The Association was one of the more underrated groups to come out of the mid- to late ’60s. Creators of an enviable string of hits from 1966 through 1969, they got caught in a shift in popular culture and the unwritten criteria for significance in that field and never recovered. The group’s smooth harmonies and pop-oriented sound (which occasionally moved into psychedelia and, much more rarely, into a harder, almost garage-punk vein) made them regular occupants of the highest reaches of the pop charts for two years…”

Easily, their biggest hits of the era, “Along Comes Mary” (which reached #7 on Billboard), “Cherish” (their first #1 hit), “Windy” (which topped the Hot 100) and “Never My Love” (#1 Cash Box, #2 Billboard, and attaining the second most US airplay of the 20th century) carried them upward onto many playlists. Nationally and locally. L.A.’s KFWB, KRLA, and KHJ being the AM radio stations that dominated my listening habits.

Time For Livin’ would be the second single released from the Birthday LP, but the experimental track would only reach #39 on Billboard.

They’re all great songs, each residing on ‘ye olde iPod to this day. Just the same, as a set, all four get less play on said device when compared to another of theirs. The group’s last top ten hit, Everything That Touches You, from The Association‘s fourth album Birthday. The LP also holds the honor of being the group’s best looking, most colorful, and groovy album cover in their discography (artwork by Wayne Kimbell, Windows, Unlimited).

Gaining favor with me only years later, it took this pop music listener awhile to raise it up, and understand why. As mentioned, The Association hits latched on to my attention back then via radio, or through television (American Bandstand, Hullabaloo, Shindig, and of course Shebang). Given all that was happening that decade, and this year in particular, was just too easy to let another single like this slip past, sadly enough.

Only years later, and with a bit more maturity, did I come back to Everything That Touches You. Composed by founding member Terry Kirkman, and finally paying attention, the love tune clued me in to what I’d missed. Its adept warmth and uniqueness.

With Hal Blaine on drums, Joe Osborn providing a marvelous bass line, Larry Knechtel on keyboards and Mike Deasy on guitar, how could The Wrecking Crew not launch a good song to a hit single.

The reason I play it more often than the others, besides its wonderful heartfelt lyrics, was the song’s structure. Sure, for those who’ve heard them, it’s another of The Association’s distinctive love songs, which, with their tight harmonies and solid arrangements, blossomed over its 3:17 length1. Beginning with their characteristic prowess with a song intro, L.A.’s The Wrecking Crew provided the tune a grand start.

Yet, if you listen, Everything That Touches You didn’t follow the song structure that dominated 60s AM Radio programming. The number’s hook, what typically caught the ear of the listener in this broadcasting era, was nowhere part of the chorus. Usually, it’d incorporate the song’s title there. Not here, however.

In fact, it delayed that catchy phrasing an unheard amount of time before its introduction. Well past where the listener of the day expected it. Almost two-thirds of the song in before the distinct echo of the “Love, love, love, love” passage began. It’s also the point where the track commenced its crescendo. The group’s stellar vocals, backed by the expert play of The Wrecking Crew, and accompanied with another trademark instrumental arrangement.

The other hidden asset was the return of the producer to their best hits of the 60s. The Grammy-award-winning record producer and recording engineer, Bones Howe was back in the lead chair for the group with the Birthday album. And he built on that elegant hook to deliver the tune’s triumphant, passionate release. All this the reason I love and continue to play this song. Taking up an overdue recognition of the undervalued pop band of the era that remains The Association2.

21 Responses to “Friday Forgotten Song: Everything That Touches You by The Association”