It seems as soon as Halloween ends, with its gala of ghoulish costume delight, then we step into the realm of a holiday that seems to grow less in importance each year. Please don’t take this wrong. Personally, I love this holiday. Back when I was a teen, centuries ago…, I gravitated away from the Christmas holiday as my favorite, naturally, to Thanksgiving.

Getting together on the fourth Thursday in November at my grandmother’s home with family, stuffing my face with the traditional fare still is a very sweet memory.

Today though, Thanksgiving is all but ignored by certain groups — namely, retailers and filmmakers. In recent years, Halloween has grown in importance with store owners for the costumes, candy, and decorations that can be marketed to the masses. Not to mention the horror films in theaters, DVDs and Blu-rays scheduled to be released way ahead of time.

Lists like John Kenneth Muir’s Reader Top Tens gather loads of responses for the horror category around that time, too.

And, Christmas? Oh, Lord. It remains the absolute season for vendors — most depend upon it to make their fiscal year a happy one. How much bottom line joy this year will always be related in nightly news broadcasts, right along with the Christmas house light displays and toy drives. In fact, if you look around, you’ll spot the that holiday’s merchandise garnering floor space in preparation to that important time early in October. To the chagrin of many a parent.

With these two holidays bracketing it, Thanksgiving continually gets short shrift. Even more so movie-wise. As with Halloween, Christmas garners plenty of attention from filmmakers, some of which I’ve already noted. There’s no shortage of movie recommendations around either holiday genres or with their fans. Less so around that which has dinner with turkey and stuffing as its centerpiece.

It’s harder because there are fewer films out there that used this autumn festival to storied effect.

Now only that, the holiday rarely lands on the same date from the previous year. While it’s always a Thursday, it’s that fluidity which marks it as something different entirely from its year-end holiday brethren and their fixed dates. Burned early into every kid’s memory, by the way. That property yields easily to external pressure, too. Perhaps, that is why each Thanksgiving is so varying for its participants.

It is with this simple but dynamic fact: families change. Over the course of time, it’s inevitable. Siblings grow older (or more sour), the oldest and sickest succumb, members move away, and your children mature at an alarming rate. It is its own Twilight Zone Marathon. Even the rhyme “Monday’s child is fair of face…” somewhat speaks to this day.

Thursday’s child has far to go

Possibly, this is why anxiety levels rise for a great many families with the dawning of this one holiday. Just about anyone who has viewed American television and its news broadcasts has seen the annual airport scenes: anxious travelers standing in long lines to get home for Thanksgiving. 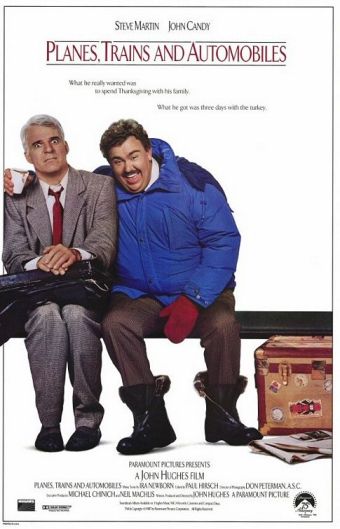 The John Hughes‘ 1987 movie, Planes, Trains and Automobiles is a good reference point on this trial by fire. I’ve done this only once, last year, but friends of mine swear by this film and the trauma of travel during this time. Perhaps, those that read this can expound on their Thanksgiving travel travails.

And for some, it’s not the air travel that’s gets them upset. It’s knowing that they have to deal with their family when they arrive. Unfortunately, between my family and the one I married into, I’ve loads of ammo regarding this one. See director Jodie Foster‘s thoroughly under-appreciated 1995 Home for the Holidays film for a good primer on this feast day issue, and J.D.’s spot-on review. 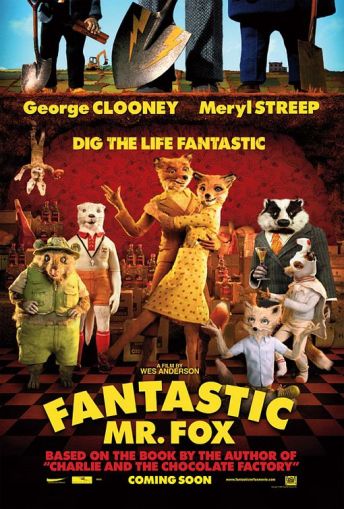 Lastly, I cannot tell you how much Wes Anderson‘s Fantastic Mr. Fox from 2009 means to me. Its detail and heartfelt sentiment toward what it means to be a family, in all its trials and tribulations, really hits home. That it pulled it all off through stop motion animation was just the joyous capper. The film has become our holiday treat when all has been said and done.

With that, to all who have become regular readers, or those who have stopped by this one time, Happy Thanksgiving to you and yours.

14 Responses to “Reprise » What is it with Thanksgiving, and Movies?”