Two weeks ago, I reprised an online survey to find the favorite movie actors for each of the key characters from Bram Stoker’s classic Dracula tale by the readers of this blog. Before getting to each, I’ll list what my picks were in this poll.

Klaus Kinski from Jess Franco’s Count Dracula (1970) remains it for me. Though Tom Waits in Coppola’s version was also fantastic (my close second pick, in fact), Kinski as the mute maniac chewed the scenery without uttering a word (well, maybe one). Klaus would the only one on the list to do a great Renfield and go on play Dracula in the Nosferatu remake years later. 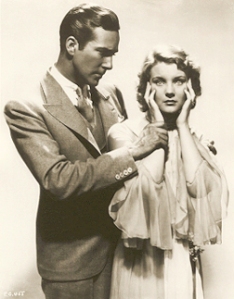 David Manners from Tod Browning’s Dracula (1931) is my top pick. Out of all of these characters, this was the hardest one for me to pick for some reason; so I went with the first one I’d ever experienced. Yeah, Dwight Frye’s Renfield in the same movie did the Harker gig and gets some crazed appreciation as my second selection. Although, he’s more what I’d refer to as a Renker.

Absolutely it has to be Sadie Frost from Coppola’s Bram Stoker’s Dracula (1992). I’ve picked Sadie because out of all the Lucys (and amalgams) out there, none was as over the top as she. The underrated Spanish actress Soledad Miranda from Franco’s Count Dracula (1970) would my second pick. After you watch her you’ll see why her untimely early death was a sorrowful thing.

I don’t care she’s named Lucy Seward, Kate Nelligan from John Badham’s Dracula (1979) remains my Mina (and was my write-in selection). Nelligan has always been underrated as an actress in almost everything she’s done. Easily, she was the best thing in the film (judging who I picked for you-know-who), one that was adapted from the stage play. Who’s on second? Carmen Guerrero from the Spanish version of Dracula (1931).

How can it not be Peter Cushing from Terence Fisher’s wonderful Horror of Dracula (1958)? The easiest selection in the entire survey for me. He was action plus intellect in the film, his initial portrayal as this iconic character. Van Helsing being his most repeated character in a career filled with great roles. My distant second would be Frank Finlay in 1977’s Count Dracula, the British TV movie.

Yes, Bela Lugosi made quite an early and lasting impression. Louis Jourdan and Frank Langella were the charismatic lookers in the bunch, while Klaus Kinski’s was not (mirroring the truly scary look of Max Schreck’s Count Orlok from Nosferatu in 1922). Carlos Villarias was likely the least seen, but had an underrated take with the character. And the wonderful Gary Oldman performed the most fun, though exaggerated, spin of Dracula.

Yet, Christopher Lee from Terence Fisher’s Horror of Dracula (1958) will always be my pick. There’s been so many good ones in the role, with varying degrees of acting talent, but Lee had such a physical presence in each of the multiple movie versions he has played the character. Imposing, but still compelling as the magnetic villain of Bram Stoker’s tale. I’ll go with his late-50s iteration because it was his first, and he was such a cold-blooded presence in it. Who was my second pick, you ask? Believe it or not, it’s Jack Palance from Dan Curtis’ Dracula ’73 TV movie.

So, the readers’ survey result would be a Dracula movie starring:

I find it interesting the readers settled on three films to base their results upon. Supporting male characters being David Manners and Dwight Frye from Tod Browning’s Dracula (1931). The main women characters represented by Sadie Frost and Winona Ryder from Francis Ford Coppola’s Bram Stoker’s Dracula (1992). And the antagonists from Terence Fisher’s Horror of Dracula (1958). Nonetheless, I’d still pay good money for a ticket to see this all-star film.