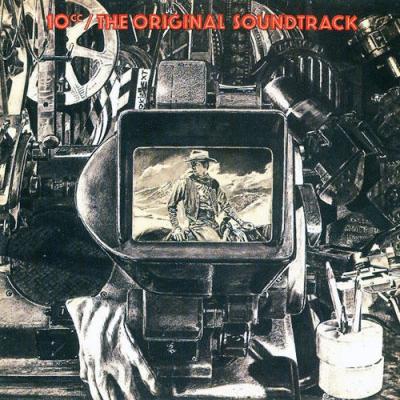 My Northern California colleague, Jeff Vaca of the Stuff Running ‘Round My Head, is a wonderful blogger who covers many of the popular arts that have kept my interest through the decades. His views on music regularly either have me nodding in agreement, or opening my eyes to tunes I’ve forgotten or ignored.

Last Sunday, Jeff began a series that’ll have my attention for the rest of the summer: 95 Songs of Summer.

“… one for each day of the season, all songs that, for better or for worse, were hits during the summer or are songs that I’ve always associated with the summer.  Some are great, others are fantastically bad.”

And he started it off with an undeniably great one from the Sexy Seventies, “I’m Not in Love” by 10cc:

“… their crowning moment as a quartet was this hit from the summer of 1975, which was all over the radio around the same time that a certain Great White Shark was tearing up the good citizens of Amity Island.”

I’m reblogging and recommending his post and the entire series.

If I could add my updated thoughts from awhile back:

I find the group’s original song intriguing not only for its technique of laying down multiple tracks and the creation of its virtual chorus, but for its keen sentiment of one trying to delude themselves of what they’re feeling. But, as enjoyably downbeat as the tune can be, I usually marry it with Dee Dee Sharp‘s 1976 rendition to bring me back up. Her cover starts deceptively slow, but it builds in resonance, vocal power, and defiance by the song’s end. What can I say? Dee Dee holding the throaty long note, on the word “timmmmme“, proves this woman will not be held down by love’s hiccup, or the song’s lyrics.