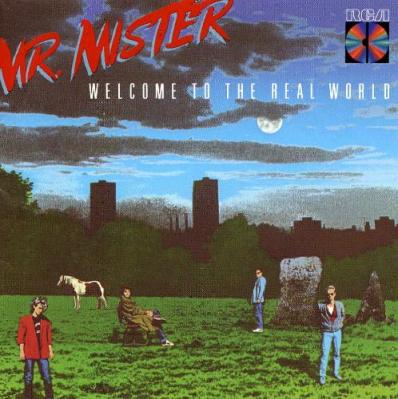 Recently, author Joseph Maddrey concluded a wonderful set of articles with his final entry of a quite splendid southwestern trip he undertook and cataloged. His Four Corners Tour series looked, both pictorially and historically, at some decidedly beautiful locations in that region (a number of which were utilized in some classic and iconic films). It’s a worthy piece and I highly recommend it to my readers. What was almost as interesting was his inclusion at article’s end of a memorable music video from the distinct period of big hair and padded shoulders that was the ’80s.

Mike and the Mechanics’ Silent Running being that song. Likewise, Joe nailed the catchy nature of that track with his reply to my comment on how well he concluded his series so stylishly:

“Mark my words: That song will be stuck in your head for the rest of the day!”

So true. While I’m older, and thus shaped musically by the earlier decades of the ’60s and ’70s, never will be immune to the unmistakable tunes of that period (as my blogging colleague Sci-Fi Fanatic knows only too well). Too much happened, both in the country and personally. Given the vagaries of the universe, I’ve tilted back toward the ’80s of late. Just last Saturday, the good folk over at Warner Archive started carrying (by way of the MGM Limited Collection) the rare Sho Kosugi Ninja classic from that era, Pray for Death, in their online store.

So I thought to end this week by trying to return the favor to my friends Joe and SFF alike with, hopefully, an equally definitive and haunting track from that same decade. I choose for this Kyrie by the quartet which was a “product of the L.A. session-musician community” known as Mr. Mister.

Some things to keep in mind about this song, the second by Mr. Mister to hit #1 in the US (the first being “Broken Wings“), care of Songfacts: “Kyrie Eleison” is Greek for “Lord, have mercy.” It is used as a prayer in both Roman Catholic and Greek Orthodox services. Greek was the original language of the New Testament and it was later translated in to Latin. When this was a hit, very few people listening to Top 40 radio had any idea that they were singing.

“Lord Have Mercy, Down the Road that I must travel!” The religious significance was mostly lost (Jeff of Charleston, SC offered up that info). The group wrote this while they were on tour with Adam Ant, a year before they recorded it.

When the song debuted (by the way, only a month after Silent Running was released, Joe) in December 1985, my world to that point was undergoing its own seismic shift. The seeds that would break up my penultimate girlfriend of the time, she-whose-name-must-not-be-spoken, and I were well planted by then. Though it didn’t seem like it at the time, that ultimately was a good thing. Songs such as this made the segue somehow bearable. Still, this track, with its initially slow ramp up, manages to unleash a contagious high energy with good style.

And it was a testament to that Eighties fashion of rebounding back. Its steady drumbeat and keyboard rhythms, accompanied by strong electric guitar strums, along with its telltale vocals and tight chorus, brought out some of the best, or at least well-known, aspects of the infectious pop song-manship department for that musical epoch. I think it was just too hard not to bob your head or tap a toe when this one let loose.

This album was the high water mark for the group’s popularity in the ’80s. Whether you buy into Kyrie‘s underlying religious tone or not, a certain breakthrough sci-fi film (one with its own underlying messianic bent) seemed to make that connection. Even if their eras were very different, why else the next decade over did the character of Morpheus greet the newly freed Neo, early on in The Matrix, with the title of the song’s source album as dialogue, “Welcome to the real world.”? Hmm… I wonder.

Anyway, it’s a song that I don’t think should or hopefully won’t be forgotten anytime soon. No matter how, it embodied the decade, like Joe’s pick and those that Sci-fi Fanatic periodically highlights. So, gentlemen, make sure to you comb out that mullet just right, and please, be sure to turn up your collar when you give it a listen. 😉 A happy and tuneful weekend to you all.