Film soundtracks represent a convergence in a pair of arts I’ve devoted a lot of time toward — that of movies and music. Film scores on the other hand, which soundtracks are a part of, are the original music written by composers to accompany and enhance a motion picture. Don’t get me wrong. The orchestral, choral, or instrumental pieces utilized as cues by filmmakers can be essential to the overall result. Fairly or unfairly, most viewers often consider those tracks merely as the background music of a movie.

Yet, it is argued that songs aren’t part of a film score. Perhaps, that’s true. But I’d claim otherwise. For me, and others like me, it’s the theme song (think The Big Country, The Magnificent Seven, or The Great Escape as some in the renowned variety), or an existing popular song “needle dropped” into a film that is remembered most (see Oliver Stone’s Wall Street as an example). By the way, that tag (“needle dropped”) represents one of my favorite colloquial terms, like ever. My blogging colleague over at Fog’s Movie Review took note of this a few weeks back in his excellent post:

Riffing on that somewhat, and concluding the theme I have going this week, I’ll look at a particular song that turns ten years old in 2012. This distinctive tune was used by two different directors/film scorers in a pair of stellar action sequences from a great duo of 00s thrillers — Paul Oakenfold’s Ready Steady Go (not to be confused with a Larc~en~ciel song by the same title, sorry Novroz).

Written by Paul and Andy Gray, you can tell by listening to the trippy, pulsating dance track why commercials (Saab), games (EA Tiger Woods), TV shows (Las Vegas) made use of it during the decade. No wonder it was selected to underscore a key scene in filmmaker Doug Liman’s updated 2002 adaptation of author Robert Ludlum’s best novel (recommended reading – Claire and Max‘s wonderful look at that trio of films). Give filmmakers credit for utilizing the rhythmic piece to back that film’s car chase sequence, one featuring the iconic Mini, weaving its way through Paris. Given how successful the sequence turned out, director Paul Greengrass would anchor each of his subsequent sequels in that trilogy with pivotal auto chases. Although, I daresay Oakenfold’s original song made this particular sequence more musically memorable. 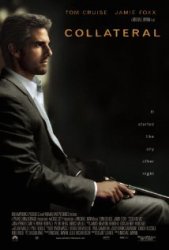 Given that Michael Mann’s 2004 film was spotlighted this week, its stellar Club Fever action sequence had to bat clean-up in this article. While it remains initially the same song, Paul Oakenfold offered up a re-mix of the track to better fit the pivotal scene, this one cleverly staged within a Koreatown, L.A. dance club. If the above film performed well using the pulsing tune, I think the song was embedded to even better effect within this characteristic Mann action excerpt. Why, you ask? Its new blended vocals were now tighter within the refrain, and certainly its use is tailor-made for such a scene taking place in the midst of a crowded, writhing dance floor. Plus, Ready Steady Go’s pounding tempo really powers Vincent’s (Tom Cruise) deftly choreographed assassination of the final witness. Simply, it’s the filmmaker at his very best using pitch-perfect music to augment film to an extraordinary end result.

Note: there is one other instance that utilized this same song for a sequence, Stormbreaker, but since I’ve never seen it, I didn’t include that film here.