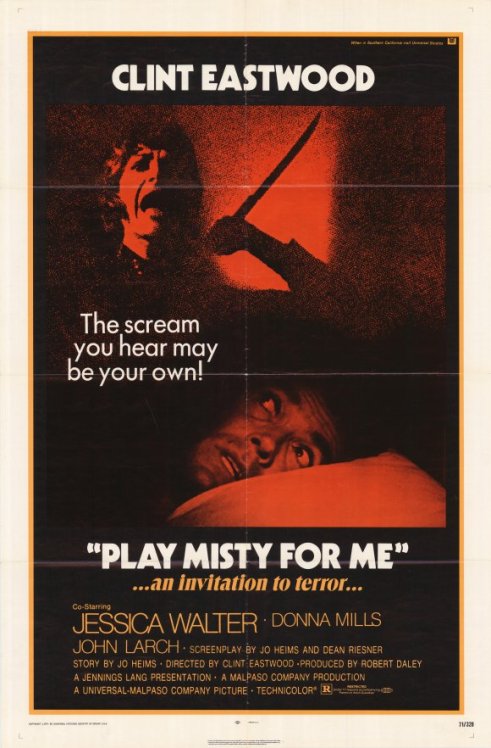 My good blogging colleague from Edward Copeland on Film… and more is today celebrating the Ruby Anniversary (that’s 40 for those of you unmarried types) of an underrated Clint Eastwood film that deserves praise: Play Misty For Me. Four decades ago, this movie marked the release of a Universal Pictures movie with the actor in his first stint as director. That it was a Hitchcockian psychological thriller, rather than some standard action film, tells you something of what Clint wanted to achieve with the motion picture, and what he desired as a filmmaker. Ed kindly allowed me to write the tribute post on his blog, which can be found here:

5 Responses to “40 Years Today: Play Misty For Me”