Dan Stephens from the Top 10 Films site came up with an inspired meme using the concept from Arnold Schwartznegger’s Last Action Hero movie and its plot device. That of the Houdini Magic Ticket. His variation of 7 questions for an equal amount of tickets is intended to keep the concept focused on where the blogger wants to land with their magical cinema tickets. Along with the encouragement of bloggers Joel and Castor (their fine turns with the meme can be found here and here, respectively), I decided to join in on this. Since this is the Halloween season here in the U.S., and in keeping with the theme I have going as we close out October, I plan on answering (hopefully) in that spirit (groan). Of course, everyone is invited to take part (whether in the comment section or with your own blog post). Here goes:

What animated feature would you love to walk around in? 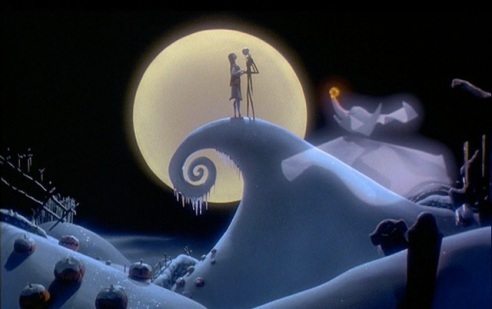 The combination of Halloween somehow wedded together with the yuletide season in The Nightmare Before Christmas (1993) still has me yearning to visit this dark, but ornament strewn world.

If you were a cop who would you want as your partner?

If I’m to be in any kind of nightmarish ordeal, it’s Clive Barker’s unique occultist of a P.I., Harry D’Amour from Lord of Illusions (1995), that I want watching my back.

What character would you most like to be sat next to on a plane? 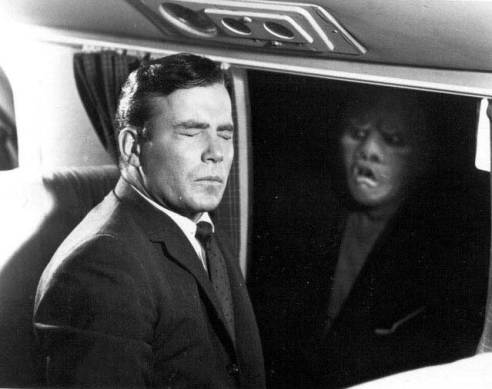 Who cares if no one believes him, it’s Bob Wilson from Nightmare at 20,000 Feet who I want to be seated with. Yeah, I know The Twilight Zone the Movie from ’83 remade this classic Richard Matheson story with John Lithgow in the part. But for my ticket money, I want none other than friggin’ James Tiberius Kirk, thank you very much, kicking ass and taking names from the classic 1963 TV episode next to me.

What character would you most want to enjoy a passionate romance with? 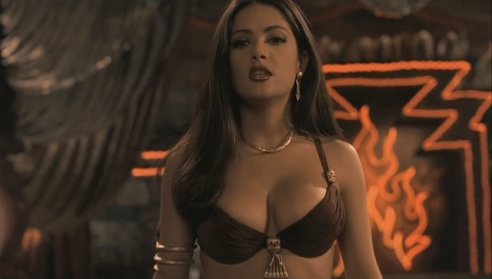 I have to go with Satanico Pandemonium (Selma Hayak) from From Dusk Till Dawn (1996). Of course, it’ll be a short-lived but impassioned experience. I know that. Either she’ll have a stake in her heart by night’s end… or I’ll be part of her undead horde. But, it’d be worth it.

What movie gadget would you love to try out (or steal)? 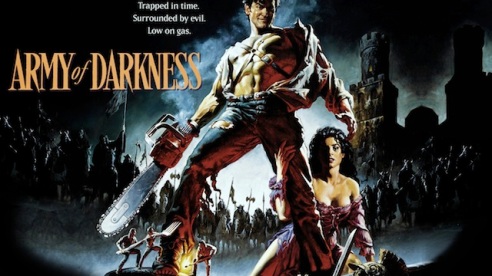 What film’s plot would you alter and how would you do it? 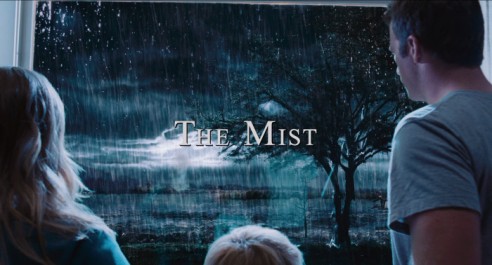 This one took no time at all to come to mind. For me, it has to be director Frank Darabont’s added ending to the film adaptation of The Mist (2007) that I’d un-do. I know my friends J.D., Sci-fi Fanatic, Will (though I might have convinced him otherwise in our movie commentary of the film earlier in the year), and perhaps author John Kenneth Muir will disagree with me, but I’m sticking to my guns. Even though he had Stephen King‘s blessing, I’d simply jettison Darabont’s attempt to out-King Stephen King, and leave the story alone. No question, up to that point in the film, it was one of the best adaptations ever of an SK work. Then… he undermined it all for a shock finale. So, I’d put back The Mist‘s splendid, open-ended conclusion. King’s original ending (written back in 1980 and published in the Dark Forces anthology, and later put into his own Skeleton Crew short story collection) was fitting, foreboding, and maybe… just maybe, a tad heartening for a father and son lost in inter-dimensional hell:

“There is a restaurant here, a typical HoJo restaurant with a dining room and a long, horse-shoe shaped lunch counter. I am going to leave these pages on the counter and perhaps someday someone will find them and read them.

If I only really heard it. If only.

I’m going to bed now. But first I’m going to kiss my son and whisper two words in his ear. Against the dreams that may come, you know.

One of them is Hartford.

The other is hope.”

What one film would you most want to be transported into, simply to be a part of that world?

No question, for the eve of All Saint’s Day or any other time, the world director Tim Burton and screenwriters Michael McDowell and Warren Skaaren imagined in Beetlejuice (1988) is where you’ll find me.