This is the next entry in a Theatre… a Movie… and a Time, a series that was begun here. Since this film opened in the United States 17 years ago on this date, I thought it only appropriate to single it out for another post in this set. As well, the Blu-ray Disc of the film was released last week (finally), and two blogging colleagues highlighted this seminal work with a pair of timely and enjoyable articles this year. Darren wrote an excellent examination back in May, and themovieblog8 covered his first-time with the film in his post this week. Plus, I needed to confess something.

“Now, if you’ll excuse me, I’m going to go home and have a heart attack.” 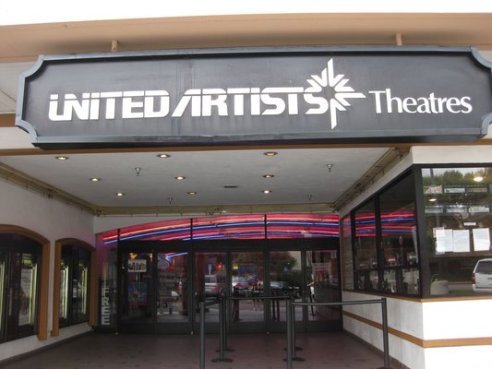 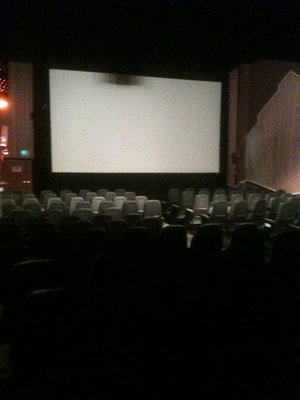 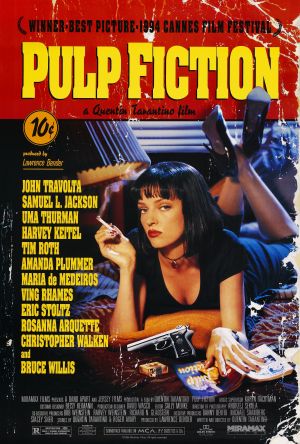 October 22, 1994: a year before children would enter the life my wife and I had to that point, the film Pulp Fiction arrived. I’d read or seen a number of positive reviews for the film at the time of its release, in print and on television. My younger brother (who was nicknamed the ‘mountain lion’ by me because he’s rarely seen in this habitat, though we know he exists) was hanging out with us for a short period back then.

On this Saturday, I asked him to join me on one more segue to another film in what is a long line of them. My wife did not enlist for this excursion as by this time, more than five years into our marriage, she knew all too well that my taste in cinema was not hers. What can I say? I married a smart woman. The old standby of the Marina Del Rey Six beckoned (the same place where I first saw Aliens).

A long time back, my brother and I would go to movies together as kids fairly regularly — being a year and eight months older bought me chaperone duty from time-to-time. Still, great to come together once more as such ventures became rare for us when we reached our teens. As my mother’s only surviving sons, we weren’t raised like brothers. More or less brought up like cousins since we were in two different households for a good part of our lives growing up.

Anyhow, going to a movie theater like we had made for a distinctly pleasant memory. No surprise this compact venue was crammed with movie-goers on the film’s second weekend of release. And we were lucky to get two seats by the aisle (somewhat in the middle) in the largest movie hall at this small multiplex.

Here’s the confession… I hated this film when I first saw it. A visceral dislike pretty much describes my reaction (my brother enjoyed it way better than I, btw). There, I said it. The fact that I did a complete 180° on this was in no small part that I couldn’t get the film out of my head for weeks afterwards. Finally, when the first VHS of the film hit the market almost a year later, I snapped it up and began the first of many re-screenings.

Even flowcharted its sequences to see how they worked in real-time, as opposed to its now famous non-linear structure. To me, it’s still one of the best films of the ’90s. Personal trivia: by the time we got to ’00s, I had to produce a small web tutorial on the Pico text editor for work. I used a portion of Pulp Fiction‘s own dialogue — some of the most quotable and profane interchanges around — to show the editor on the web page.

Naturally, I had to clean it up a bit ;-). [recreated below, click to enlarge]

20 Responses to “TMT: Learning to Love “A Royale with cheese””