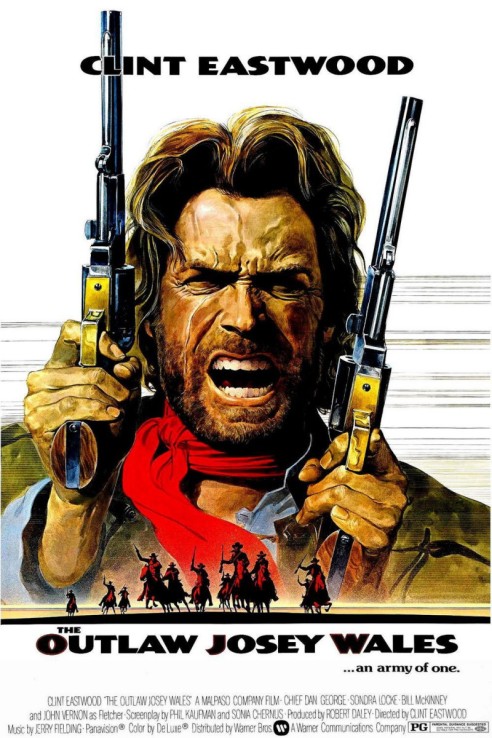 Since the well-known tech pundit and blogger, John Gruber, noted his Top Ten Westerns in his rejoinder to:

“Jim Coudal’s list of top ten westerns, in response to his re-linking to Mike Royko’s list in a classic 1997 column.”

… and Gary Huswit did the same with his list (John noted this with an interesting observation, as well), I decided to join in. Inasmuch as this is one of my most-loved genres, a lot of angst occurred when I took this on. I knew it meant so many admired films would get unfairly kicked to the curb in the process. But, that is the case in so many of these blog lists. So, in no particular order:

There they are. If this would have been a larger set, I’d have had High Plains Drifter, The Magnificent Seven, Tombstone, Pat Garret and Billy the Kid, Quigley Down Under, Once Upon a Time in the West, Winchester ’73, The Professionals, El Dorado, The Shootist, The Horse Soldiers, Jeremiah Johnson, The Man Who Shot Liberty Valance, Seven Men From Now, For A Few Dollars More, and A Fistful of Dollars in there, too.

What would be yours?