Note: The following is my contributive post to friend/author John Kenneth Muir and his Lance Henriksen Blogathon this week (which I highly recommend).

actor who plays eccentric roles: an actor who specializes in playing the roles of unusual or distinctive characters. 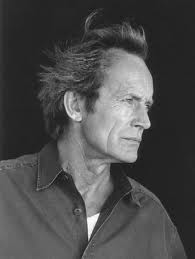 Life has a funny way of emphasizing itself. Sure, there’s the all importance of family, work, and day-to-day routines that make existence on this mortal coil what it is. But, if you’re like me, the popular arts of film and television have been woven into the same thread. My mother’s passion was reading, which she passed on to her oldest surviving son. However, my added thirst went to the big and small screen. Concomitant with this ardor were the creative personalities which inhabited those mediums and thus became part of that lot. They’ve been a major part of my situation since childhood. Whether or not the pastime was merely a substitute for a babysitter or done for the benefit of sheer entertainment value, there, long ago, a bond was formed. Literally, I grew up with those on the screen.

Any analysis of my viewing habits or video inventory will come up with a list of a vital few actors who repeatedly crossed the stage of my TV/film-watching life. The New York City born Lance James Henriksen is one of them. Time and again, the versatile character actor has appeared in the genres of my youth I still hold sacred (sci-fi, horror, and action) and the drama category of my latter years. Even in early films where you’d only fleetingly notice him, like in Robert Aldrich’s muscular but grandly underrated 1973 film Emperor of the North in (an uncredited) role as a railroad worker, he has a way of catching the audience’s (and my) eye. But not in a scene-stealing, distracting way, mind you (nothing like the early Steve McQueen antics in say, The Magnificent Seven). No, he does it simply and with the ability to morph entirely into a discrete character, and because he has, for lack of a better word, presence.

It’s why, a couple of years later, his small role in the late-Sidney Lumet film, Dog Day Afternoon, remains memorable (even alongside the Oscar-nominated and more histrionic Al Pacino performance):

In fact, the renowned director came back to him with another part that’s almost opposite of that role after the turn of the decade in Prince of the City. Same actor. It’s no wonder Steven Spielberg chose his face to display among the cast for those extraordinary wonderment reactionary shots in Close Encounters of the Third Kind (1977). All he’s doing is standing there for chrissake, yet he indelibly gets stuck in your mind. His uncanny likeness with a young Wally Schirra brought similar in Phillip Kaufman’s The Right Stuff (1983). Still, you can’t shortchange his acting ability and execution by concentrating solely on how he looks. I mean only Lance, with his matter-of-fact deadpan delivery, could utter that line about ‘the guy and his Afghan‘ as Detective Vukovich for such a sick laugh in The Terminator (1984). Think Brando could have pulled that off? Come on.

His work ethic, plus an almost crazed gusto to the parts offered, provided unique individual presentations that only drove more and more unforgettable and distinguished roles his way. Many of which barreled into the collective psyche of us genre-devoted film fans  and pushed him to near icon status — in little and big films, for the rest of the 80s. My admiration for him only grew with Aliens‘ honorable Bishop (the big reason his was the banner image I selected to display  and promote JKM’s blogathon), Jesse Hooker in Kathryn Bigelow’s Near Dark (1987), the sympathetic Earl Harley in Pumpkinhead, and his purely villainous performance as Rafe Garrett in the criminally sold short Walter Hill film, Johnny Handsome.  As a supporting actor, I daresay he has cut the widest of swaths in his acting generation because of his innate talent at character.

Now, I won’t sit here and write that every single movie in his prodigious filmography was notable. Far from it. But, of all the films Lance Henriksen’s been involved with, that I’ve seen, there’s not a one where I could say the actor’s ‘mailed it in’. Call it a devotion to craft, the man always seems to give it his all. Since this is a tribute piece, I’d prefer to stay positive and not name those less than grand pictures (ahem… The Outfit). But, many times he’s plainly the best thing in some movies (if I love anything about Hard Target, it surely is him in it). More often than not, those who’ve followed this actor’s progress over the years, in the insane world that is only Hollywood, are drawn to this man for the downright delight he elicits via whatever performance he accomplishes on-screen.

Whether is plays good guys in support (Father in No Escape) or lead (there’s no way I cannot mention his Frank Black from the too short-lived Millennium TV series), or the disreputable (Ace Hanlon in The Quick and The Dead) to the wicked flip side of a cherished character (the Bishop II in Alien³), you can’t take him for granted… ever. Historically, character actors are there to support the leads in film or television, or help to fill out a story or its cast. Some, concentrate and hone their skills for a specific persona that they’ll repeat over and over. But others, like Mr. Henriksen, make a career out of their acting range, and their chameleon-like ability to change and make even the smallest role stand out. American film history is filled with them, but only a few meet a status that merits real acclaim. The likes of Jack Warden, Burgess Meredith, Karl Malden, Ben Johnson and Walter Brennan come readily to mind, among those select few. Nevertheless, given his career by my estimation, Lance Henriksen more than qualifies for equal honor in my book. I’ve never met the man, but like most of the others I’ve followed through the decades in some dark movie theatre, or on the television set at home, he never fails to maintain my complete attention. All I can say is, 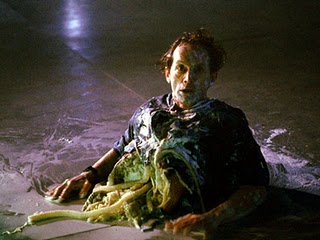 20 Responses to “A Viewership Lived Through Lance”