This is the next entry in a Theatre… a Movie… and a Time, a series that was begun here. The following was inspired by attending last weekend’s screening of the Ron Howard documentary, Eight Days a Week – The Touring Years. Chronicling the last tour stops of my all-time favorite band, The Beatles… making me recall what had transpired since their impact. All within a year that marked the changes in this young life.

If you don’t believe me, let friend and blogger Rick Ouellette explain some of why that was:

“The Beatles’ first film, “A Hard Day’s Night”, gets the lion’s share of love when it comes to the Fab Four on the big screen. And why not? It arrived during the highwater mark of Beatlemania and gave it back to fans as the fully-formed global sensation it was: fresh, frantic, witty and full of promise for the grand new youth culture to come.” 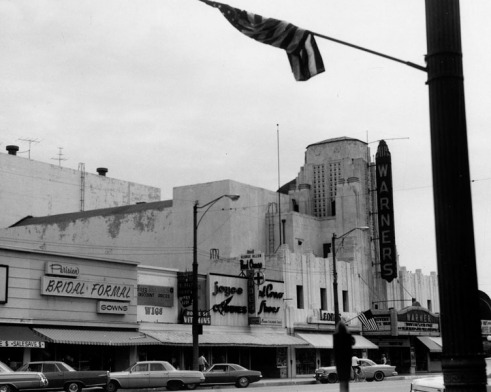 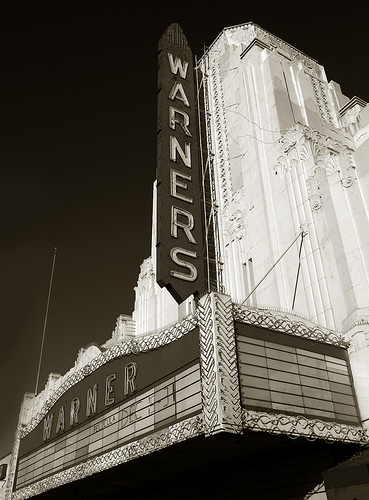 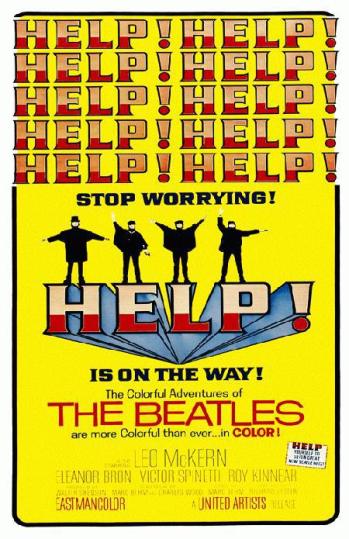 September 4, 1965: What a difference a year makes. Only last summer did my family alter things considerably by moving just four miles away from the home I’d lived in. Then the longest of my youth. I’d already experienced enough change, I reckoned, since the of age four1. And by ’64, having just finished the fourth grade, of all things, the grandparents who’d been bringing me up, had tossed four the hard way.

Gone was the E. 61st Street nabe that provided shelter, friends and the music of a mixed L.A. neighborhood for the outskirts of the blue-collar suburb known as South Gate2. A new school and fifth grade would lay ahead, a mere four blocks walk away, at that. Before that occurred, a British group known as the Fab Four, via a movie, shown on a screen attended since childhood, commandeered whatever I had left to convert.

Since then, I’m sure my grandparents, and my mom (who’d paralleled the move to keep the son that had latched onto her mother for dear life close at hand) saw what all that rearrangement had wrought. By the summer of ’65, all things Beatles would captivate said now eleven-year-old. Surely, this was just a passing fancy and would move on to something new, they thought. Merely famous last words, if I’d had a say.

By around my birthday come August was hearing on the radio that The Lads were set to perform the first ever stadium concert in the history of music, playing before 55,600 screaming fans at Shea Stadium in New York City. The same place the Dodgers played the Mets on occasion, I’d heard, and boy oh boy did I want to go. “Could I, huh?” was asked many times over in grandma’s house and mom’s apartment.

Sadly, the answer always came back no3.

To placate her distraught pre-teen, mom thought it a fine idea I should go see those mop-tops again at the movies. Help! would make it to Los Angeles by Labor Day weekend, and again at the Huntington Park Warner Theatre. Maybe even wear those damn “Beatles boots” she complained of…having pleaded no end for them like all the new kids I’d met since. “Take your brother, too, since he seems to be suffering from the same Beatlemania as you.”, she said.

The woman had a point.

6 Responses to “TMT: “Help me get my feet back on the ground””