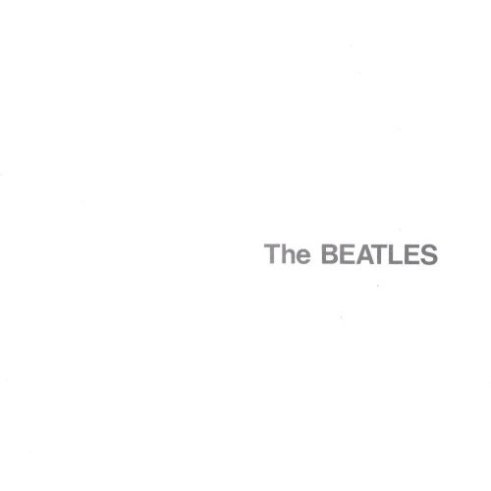 Back in the U.S.S.R
Dear Prudence
Glass Onion
Ob-La-Di, Ob-La-Da
Wild Honey Pie
The Continuing Story of Bungalow Bill
While My Guitar Gently Weeps
Happiness Is A Warm Gun
Martha My Dear
I’m So Tired
Blackbird
Piggies
Rocky Raccoon
Don’t Pass Me By
Why Don’t We Do It In The Road
I Will
Julia
Birthday
Yer Blues
Mother Nature’s Son
Everybody’s Got Something to Hide Except Me and My Monkey
Sexy Sadie
Helter Skelter
Long Long Long
Revolution 1
Honey Pie
Savoy truffle
Cry Baby Cry
Revolution 9
Good Night

The Beatles, the ninth or as it became known as ‘The White Album’, hit the record stores on yet another November 22nd, this time in 1968. The double LP the first to appear on the Apple record label, and spent 8 of its 22 weeks on the UK chart at number one. Its experimental nature (some would say fractious) again making a cultural impact on all listeners who spun it on their turntables.

My Only: Back in the U.S.S.R. Out of all their albums, I expect this will have a large range in both song categories. Due to the White Album’s scope, unique quality and quantity of its tunes. I picked this because of its take off of the Beach Boys style, itself emblematic of the album’s sardonic tone, plus its homage to a particular Chuck Berry tune. The fact that Ringo was missing on this song, too, was indicative of the group’s tensions at the time (he quit during a portion of album’s recording).

My One: Everybody’s Got Something To Hide Except Me And My Monkey. I think I surprised myself by choosing another up-tempo song from this noteworthy album. Nevertheless, it’s a compelling track, for me anyway, because of its rhythms, guitar work, and the energetic vocal John Lennon laid down. Being the longest song title in the entire Beatles catalog, and lyrics alluding to either heroin use or upset by others (in the group) over Ono, likely added to the selection, as well.

4 Responses to “Reprise » My Only and One: The Beatles (White)”