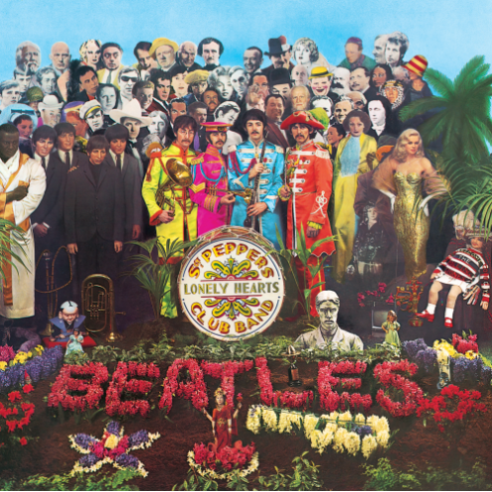 My Only: A Day In The Life. If I picked it last week as the top song of the 60s, or my all-time top selection for The Lads, I sure as heck wasn’t going to leave it off as my Only pick, now was I? Along with the title track, With A Little Help From My Friends, Lucy In The Sky With Diamonds, and When I’m Sixty Four, this track comes to the front as the Only when I remember the album. My cousin and I would wear this LP out on the turntable during the summer of ’67.

My One: Good Morning Good Morning. Though it may have been inspired by a cereal commercial, it remains an underrated favorite of mine. I continue to be drawn to it for the predominant drum work, along with its notable use of brass instruments in the piece. But, it’s George’s distinctive guitar riff at the halfway mark that broke the tie I was having with Fixing A Hole for this selection. Plus, no farm animals were hurt in the making of this song, either.

4 Responses to “Reprise » My Only and One: Sgt. Pepper’s Lonely Hearts Club Band”