Bloggers Paula, Kellee, and Aurora are in the final days of another successful online event. The 31 Days of Oscar Blogathon. The goal set is to get down in writing any and everything on film and Oscar for those participating. The following is the last of my blathering (or is it blithering?) on the subject.

In two days time, all the conjectures from entertainment professionals and amateurs, insiders and out, will be settled when Sunday’s 85th Academy Awards presentation takes place. And if we’ve learned anything from this exercise, it is that people care what the results are.

Holding sway on what we’re suppose to acknowledge as the final word on cinematic accomplishment. Think about that. The show is now watched worldwide. People from all over the globe will cheer their favorites on… and some of them will even win.

Of course, the reactions you’ll hear come in a wider and ever-growing variety of languages when the voting membership invariably blows a call or two. And we all know they will. So, let’s review some and rectify the naughty 00s as we wrap up this series. I know people will disagree with me on some or all of these, but where is the fun if we agree on everything? Drum roll, please:

A funny thing happened along the way to Julia Roberts’ coronation for Erin Brockovich. She got out-classed by someone older, one that didn’t fit Hollywood’s young and beautiful criterion. And in a much riskier work, too. The downer film extraordinaire, Darren Aronofsky’s Requiem for a Dream. I remain a fan of Steven Soderbergh, though. And this was a nice showcase for Roberts. But compared to Ellen Burstyn’s powerful, supreme performance, Julia needed more than mere figure augmentation to get anywhere close to Ms. Burstyn’s achievement. Since the invitations and place-cards were already printed, come Hell or High Water, The Academy was picking Roberts. No matter if the truly deserving got ignored in the process. It wouldn’t be the last time in this span for Aronofsky and an actor of his.

J.D. will disagree, but this should not have happened. I much admire Steven Soderbergh (and will find it a tremendous loss if Side Effects is truly his last big screen film). He has many great films to his credit (Out of Sight, The Limey, etc.). Still, I don’t think Traffic was his best or even the best in 2000. And it’s a remake of a superior British TV miniseries, at that. A trend that reared its head in earnest for studios as the millennium turned. The Best Director should have come from the worthy pair of filmmakers Oscar has made a hobby of ignoring. Either Ridley Scott for Gladiator or Crouching Tiger Hidden Dragon‘s Ang Lee. 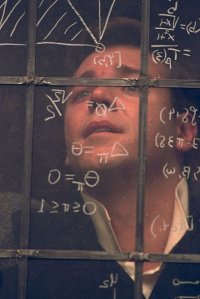 Since I would have picked Denzel Washington for Malcolm X in the previous decade (or if the voting members would have selected him for 1999’s The Hurricane), then we’d have avoided this make-up call. It would not have happened, I assure you. Don’t get me wrong, watching Denzel go against character and play the dastardly Alonzo Harris in Training Day was entertaining as Hell. But, everyone and their mother rightly thought Russell Crowe should have won this year for A Beautiful Mind.

But, what I give with one hand, I take from the other. As much as I enjoyed A Beautiful Mind, I wouldn’t have given Ron Howard this. I would have awarded it to Ridley Scott. One could argue he was robbed the previous year for Gladiator (which won for Best Picture, by the way). That would be a make-up call under that reasoning. Yet, I’d say he qualified by successfully directing and delivering an extraordinary film adaptation in Black Hawk Down. The source being one of the most startling and insightful chronicles of modern warfare written, Mark Bowden’s real-life account of the Battle of Mogadishu. A book I regularly recommend. One I’d thought would be too difficult to translate to the screen. An assumption Ridley proved wrong.

Going against type (see Denzel above), or against looks (see Charlize Theron) causes the voting members to swoon, or to go into vapor lock. Too bad. So, when Nicole Kidman wears a facial appendage… well, you know the rest. I would have given this to Salma Hayek for her fierce Frida, or Julianne Moore for Far From Heaven. Sorry Nicole fans, but she wasn’t even the best actress in The Hours cast. 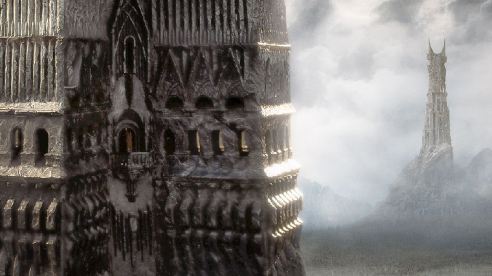 BTW, I do love Fosse’s stage play, Chicago; I just hate it that a hack like Marshall seems to get credit for this.

If you recall my post covering the 70’s, then you should have seen this one coming. Sorry — strike that, I’m not sorry — but I don’t count ripping off Bob Fosse as a reason to award their highest to Chicago. I hear they’re re-assembling its cast for this Sunday’s broadcast, along with most of The Avengers. Justice would demand a Hulk-style thumping of those involved. But that’s just me ;-). Thankfully, they didn’t give the director’s Oscar to Rob Marshall back then. All the other nominees were better. But the best episode of the trilogy was the Best Picture that year, Lord of the Rings: The Two Towers. Anything but Chicago!

The elephant in the room. I’m sure there are a number of readers fully expecting me to rail to the heavens about the “travesty” of Crash beating Brokeback Mountain at the 78th Academy Awards. Not going to happen. Yes, this was an unlikely film to see nominated, or win. But it touched upon the continuing thorny issue of race in America. I think the reverberations of Crash, its affect on viewers, what it declared aloud and our reactions to it, said a lot about us. The Academy surprised by doing something not safe. I recommend reading Damon Carter’s piece and T., The Focused Filmographer’s Future Classic Movie’s contribution for their absorbing thoughts on the decade’s cause célèbre. While I would have gone with Good Night, and Good Luck for best in ’05, I could see Brokeback winning. Although, it too wasn’t perfect. And Crash was not the corruption of the system many ranted about. There, I said it. 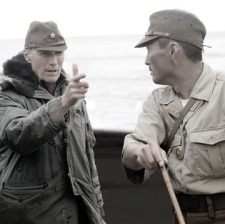 I believe I’ve made the case Martin Scorsese should have picked up a director’s award in the 80s and/or the 90s. Add The Departed to that long list of make-up calls by the voting block. This wasn’t even close to being Scorsese’s best work — more of a rehash of things he’s done before, this time set in Boston. And I don’t care if he needle dropped the Stone’s Gimme Shelter yet again, into the film. I’ve seen better from Marty. Who then? Clint Eastwood for his remarkable effort with Letters from Iwo Jima.

I enjoyed The Departed, kinda. They dragged it out some and Nicholson was too much into ‘Jack‘ mode, for my taste. Truthfully, it was a remake of what I considered a superior (and shorter) Hong Kong crime thriller, Infernal Affairs. Kinda galling, too, the studio and Scorsese kept mum for the longest The Departed was actually that. Sadly, this was a pretty naked attempt to correct the mistakes done upon him. Really, I’m not picking on Marty. This wasn’t the best, Letters from Iwo Jima was.

Two words: Happy Feet. This beats a Pixar film?!? Dancing vs. singing penguins? Huh. I guess we were not supposed to notice those singing were also dancing. Inane. Pixar-fatigue may explain this. Cars was arguably the studio’s weakest. It was still better than any of the entries in a poor field, though (Monster House, anyone?). Yes, an unlikely story. But an original and nostalgic look back to this region’s car culture. I hear the groans out there. Still superior to those damn penguins, I’d say (plus, it had Paul Newman voicing Doc Hudson, for chrissakes).

I know it followed the book closely. A faithful adaptation, yes. And No Country For Old Men was absolutely outstanding… for ¾ of its runtime. Perhaps, I don’t get Cormac McCarthy’s concept, or I have an issue with films that don’t end strongly… or, at all. Though it didn’t have a scene-stealing sociopath with a Beatles mop cut in it, Michael Clayton didn’t suffer from this. In actuality, Tony Gilroy’s film started well and simply kept getting better and better as it went along. While Fargo was supremely underrated and lost, No Country was overrated and won. Michael Clayton should have.

Two extraordinary actor performances bookended the decade for Darren Aronofsky. Both lost. A perfect storm (no, not the mediocre Wolfgang Petersen film from 2000) brewed and engulfed those who caught it in ’09. The Academy somehow missed the gale. Filmmaker, story, and actor came together to create another exceptional performance. I think any good actor could have replaced that year’s pick, Sean Penn, and Milk would have remained a very good film. However, I submit nobody other than Mickey Rourke could have played the lead in The Wrestler. Without him, it’s an interesting story, maybe just fair. Only an actor with the personal history, talent, and gravitas Rourke brought to the role made the film what it was. Years from now, it’ll be his performance (and Ellen Burstyn’s) people will look back on and wonder,

“What the hell was The Academy thinking?”