This is the next entry in a Theatre… a Movie… and a Time, a series that was begun here. My good blogging colleague Ruth over at Flixchatter was on a roll three weeks back with posts on spies and a certain British Secret Agent, so I thought it warranted a memory download in response. As well, this one will connect with friend and author/editor/blogger Patricia Abbott. Her e-recollection this month that puzzled “… in our youth, we went to a movie whenever we wanted — regardless of what time it officially began” fits like a glove with this post. Believe me, it’ll make sense to some of you.

“Choose your next witticism carefully Mr. Bond, it may be your last.” 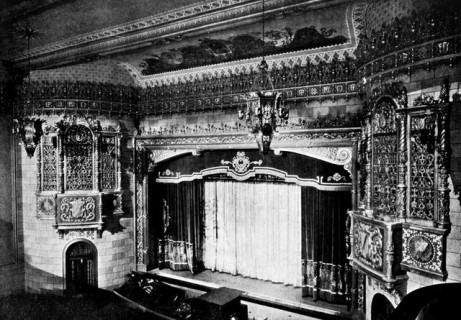 January 1965:  My experiences with film started to expand significantly after turning age 10. I mean, in ’64 my entire music and movie world turned on its head with one particular screening in a theatre, so why not here too? This time I have to credit my uncle, my mother’s younger brother, for enacting this change. It was he who took me to see my first James Bond film. There’s no way to understate this, but Goldfinger (the third film in the series that’ll reach its 50th anniversary next year) made quite the impression on the boy who was me at the time. I’m pretty sure he didn’t exactly tell my mom what flick he was taking me to, either.

No matter, the deed was done to my everlasting (“Hey, is that lady naked?”) gratitude. And that guy in the tux sure looked familiar. My uncle deciding to take me to the Golden Gate Theatre in East Los Angeles (not exactly close to where my grandmother and mother were living at the time) was one of those things that will remain a lasting mystery as he passed away during the 00s. As is the fact I can’t for the life of me recall what the second feature was for the double-bill that night. All I can remember is I couldn’t wait till that B-movie finished.

You see, as Patti made clear in her post, this was during a time when people went to the movies whenever they wanted. Movie times be damned. I remember being brought in to that darkened theater and seated right in the middle of Goldfinger! The movie segment remains seared into memory — the discussion between Auric Goldfinger and OO7 concerning the tartness of the mint julep and radioactive fallout. I spent the rest of the movie trying to figure it out — and waiting till the film restarted once more two hours later! Of course, when we reached that bit in the movie again, the words a few you out there (that are my age) should certainly recall: