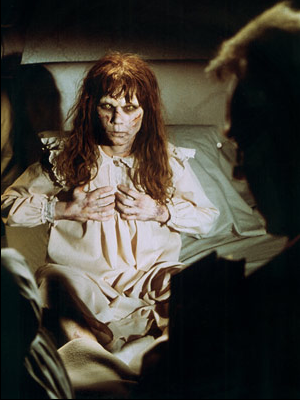 With Halloween only a day away, a couple of articles on what scares those who review or create such fare are well worth reading. Especially, for those of us who enjoy this genre of film:

20 Horror Film You Should Know

You can’t go wrong with any of the movies on either list. They are must see for this time of year — though I will disagree with Andrew Price’s assertion that 1976’s The Omen “… spawned the “Satan is coming” subgenre“. Nope, that would be the novel and its film adaptation the wordy one and I will soon review (but that can wait till tomorrow). Inspired by those inventories, I decided to put together my own roll call of cinema that creep so well… particularly if you watch them with the lights out, and by yourself. Since 13 remains my favorite number, I’ll follow director Friedkin’s lead and keep it to that number. BTW, my list in not in any order, priority, or ranking (it’s purely for counting purposes).